Baby steps towards an ASEAN court 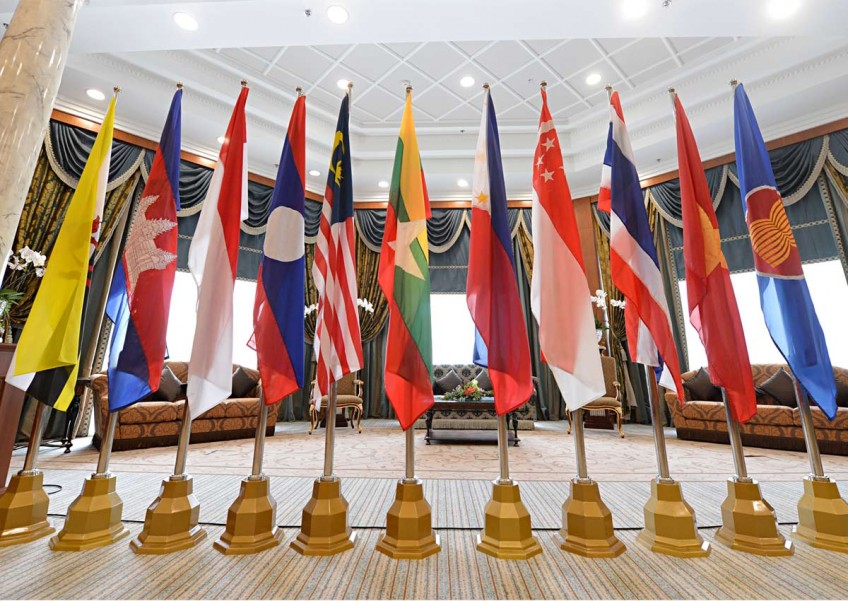 MALAYSIA has just appointed its second representative to the ASEAN Intergovernmental Commission on Human Rights (AICHR) and he's determined to make the commission relevant to the citizenry.

In an exclusive interview with Sunday Star, Edmund Bon Tai Soon talks about his role as the AICHR rep, whether human rights can develop through a regional mechanism and what cases could go up to an ASEAN Court.

"The representatives are appointed by the governments but they are supposed to act in the best interests of the ASEAN region in terms of human rights. So of course the stakeholders will be the people of ASEAN," says Bon, who received his letter of appointment on March 30.

He points out that AICHR is no different to the Inter-American, European or African mechanisms that all began as inter-governmental commissions first.

"It took 20 years for the Inter-American Court to come about. As well as the African Court. The European Court was slightly faster - it took about six years.

"ASEAN is taking baby steps ... I'm very sure we'll be looking at a court in the near future."

While such a court would rely on the ASEAN Human Rights Declaration, he says that it would be useful to break certain specific rights into enforceable treaties.

"One of the treaties we have signed is ACTIP (the ASEAN Convention Against Trafficking in Persons, Especially Women and Children). Malaysia has not ratified it. You need at least six to ratify for it to come into force. I'm working to get Malaysia to do that quickly."

Once a court is established it can receive complaints or cases and give decisions, he says, but only after domestic remedies have been exhausted.

"At the moment in the other jurisdictions, it is not per se binding but more advisory. But almost 99 per cent of the time, the governments (that have signed up to its jurisdiction) have abided by the decision."

A foreseeable case for an ASEAN Court would be interpreting freedom of expression in a country, says Bon.

"In a country where the Constitution provides for freedom of expression subject to certain restrictions and there is a restriction that deals with incitement to hate, how do you interpret it?

"If the highest court in that country says that incitement to hate is to be interpreted quite loosely, you may want to go to the ASEAN Court to say it cannot be interpreted so widely and should be interpreted more narrowly, and it will affect the complainant's case one way or another."

Bon would like the AICHR to start moving towards standards-setting.

"We want to get our forums or consultations done, get all stakeholders involved - government agencies and NGOs - in coming up with how, for example, you interpret the right to life, or right to clean water or sanitation.

"We pick a clause, interpret it, then the AICHR as a body will adopt that general comment and issue it as an AICHR comment.

"That way, lawyers may be able to use the jurisprudence coming out of the AICHR, either in their advocacy or before the courts, as advisory comments.

"This is quite helpful because the ASEAN Declaration is unknown to many. One of the terms of my mandate is to popularise the declaration."

On what would happen with issues like the right to clean air, since pollution can start in one ASEAN country and blanket other member countries, he says this:

"Right now, Myanmar is taking the lead on the right to a clean environment. It has done some consultations. One of its priority programmes in 2017 is to do a follow-up workshop on the environment. What Myanmar wants to do will really depend on its country's representative and the participants at that workshop.

"Once you get consensus, you then send out the report and recommendations to AICHR and the AICHR, at our main meeting - we have five to six a year - will decide what to do with those recommendations."

He says the AICHR had done quite a bit in the last six years to promote human rights but adds there was a previous decision "that AICHR will not accept memoranda of complaints of human rights abuses".

"Therefore, protection work by AICHR has been lacking.

"In this term, we are trying to move towards using promotion as a way to issue some sort advisory opinion about what the rights entail and then allowing local NGOs and governments themselves to implement in a way they think fit based on the standards that we are setting."

He says protection for refugees, for example, is off the books until then because the commission has not defined the rights of refugees yet.

"That's why the middle path for the moment is to move from promotion to standards-setting, get the AICHR to agree that certain clauses in the declaration protect refugees, and then only start moving towards protection mechanisms."

Bon, who admits there needs to be "a bit more hustling on our part", has done the rounds of the various ministries to take stock of where Malaysia stands on ASEAN human rights treaties and standards, as well as the international arena.

A positive development in the Women, Family and Community Development Ministry involves a case Bon litigated re Noorfadilla Ahmad Saikin.

The High Court delivered a progressive judgment holding that the Convention on the Elimination of all Forms of Discrimination Against Women (Cedaw) applies in Malaysia through Article 8 of the Federal Constitution.

"This is something the NGOs have been fighting for. In just one meeting, I've come to realise there is some commonality between what NGOs are asking for and what the ministries are asking questions on."

His stocktaking also revealed numerous studies by various agencies on signing/ratifying treaties or removing reservations but they all seem stuck in bureaucracy.

"As I understand it, MoFA (Ministry of Foreign Affairs) would like Malaysia to sign up to many more treaties. But internally, we need to sort ourselves out. I'm trying to see where the gaps are and whether we can move those things forward."

While the AICHR can work from the three Conventions common to the 10 ASEAN states - on the Rights of the Child, Cedaw, and on the Rights of Persons with Disabilities - Bon is chomping at the bit about Malaysia's low ratification record internationally.

"Why is it that Malaysia, a developed country compared to some of the other ASEAN countries, cannot sign up to more? Do we have the data, have we had sufficient engagement, or is it just that there's not enough push to do it?"

Bon feels strongly that Malaysia is ready to sign up to the Convention for the Protection of All Persons from Enforced Disappearance; the Economic, Social, Cultural Rights Covenant; and Convention Against Torture.