The 35-year-old Chong Wei will be in Taiwan for two months.

Chong Wei suspected something was wrong after winning the Malaysian Open title in convincing fashion early this month.

The Malaysian superstar withdrew from the World Championships in Nanjing, China, starting on Monday and also the Asian Games in Indonesia from Aug 17-Sept 2.

It is learnt that the Malaysian is determined to battle the disease and return to court.

Malaysians are praying for his recovery. 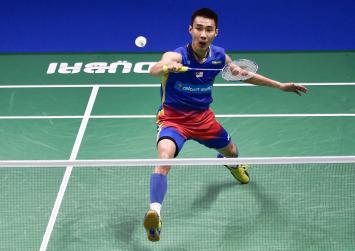 In a statement released by Badminton Association of Malaysia (BAM) last week, the public and the media have been asked to respect the privacy of Chong Wei and his family.

“We pray for his speedy recovery and look forward to welcoming him back,” said the statement.

In the same statement, the BAM said that Chong Wei was unwell and was suffering from a respiratory-related disorder, and added that his doctor has advised him to rest and undergo treatment.

Meanwhile, BAM president Datuk Seri Norza Zakaria said they had given Chong Wei the space to make all arrangements for his treatment.

“As I said before, we respect Chong Wei’s privacy and has given him time to decide on whatever he is needed to recover quickly,” said Norza.

“He needs the best treatment for his respiratory related disorder and we will wait for the next few weeks before giving more updates on Chong Wei. For now, we just want him to focus on his recovery and get well,” he added.