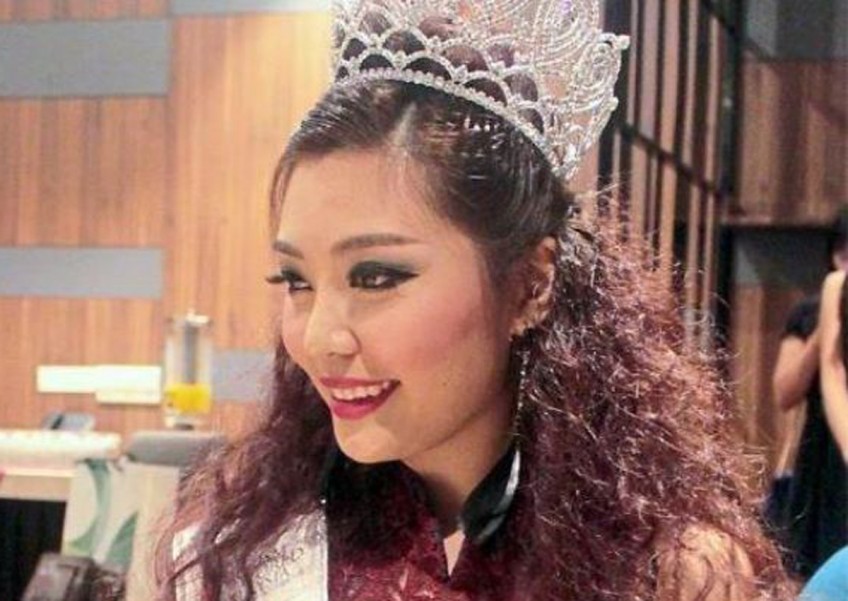 Goh against racism and bigotry.
The Star

MALACCA - A bevy of beauties has volunteered to promote moderation and racial harmony.

"Let the young people be at the forefront in enhancing racial ties," she said.

"From Malacca, we will reach out to the other states," she said in an interview.

Last Sunday, Malacca Chief Minister Datuk Seri Idris Haron told The Star that Malacca was not a place for extremists.

Lee said the beauty contestants, aged 18 to 25, were from various parts of Malaysia.

Lee, who has been involved in beauty pageants since 1973, said:

"We want to carry our Jalur Gemilang onto the international stage.

"There must be a sense of belonging. We can showcase our multi-racial harmony and cultures of Malaysia during the Miss Tourism World Finals 2015 in Bangkok in November."

Pageant Coach & Promotions is the licensee and organiser of Miss Tourism World Malaysia, which will also join a peaceful gathering in Malacca in November.

One of the contestants, Shelyn Goh, 25, said she was keen to play a role in promoting racial unity.

Goh, who is from Malacca as well, said she was delighted to hear that the Chief Minister was against any form of racism and bigotry.

"As a Malaccan, I am happy that the Chief Minister is at the forefront in promoting unity," said Goh, who is a managing director of a trading firm.

Goh was crowned Miss Tourism World Malaysia during the final round at the pageantry here on Friday night.

A contestant from Sarawak, college student Kimberly Anne, 22, said unity was solid in Sarawak and so she wanted to spread the message to her counterparts.

"In Sarawak, we are all one. We can be the face of unity," she added.

When contacted, Idris said he was pleased with the eagerness of young Malaysians coming forward to pass the message about racial harmony.

"It's never our policy to segregate any community," he added.

"I always believe that unity is our strength. The nation needs this diversity to progress to greater heights. Let the contestants embark on their mission," he said.