Boy killed after stalled car rammed from behind 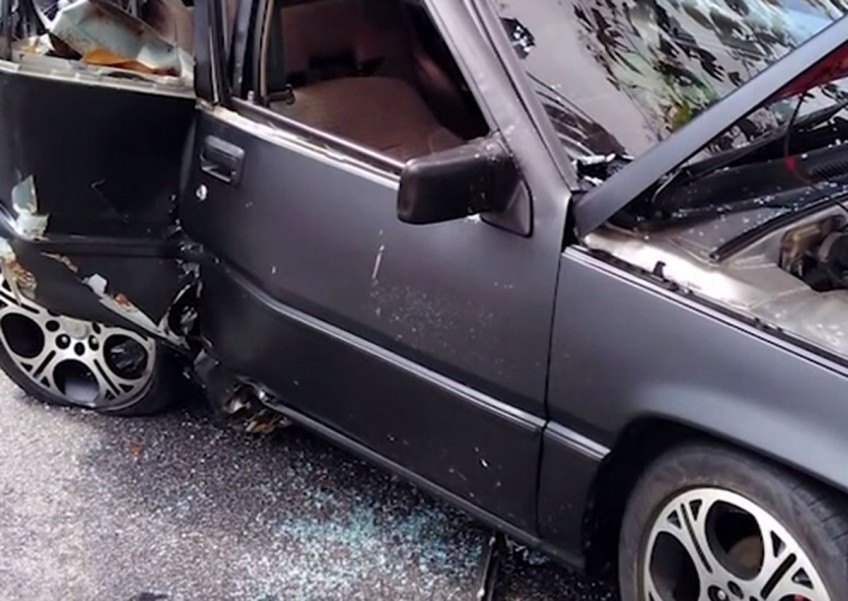 ALOR SETAR - A motorist who was believed to have dozed off rammed into stalled car at the North-South Expressway, killing a 10-year-old boy.

The mishap occurred at the 66.7km mark of the northbound hi­g­h­way near Kobah at 9.30am yesterday.

Passers-by rushed Muhammad Norhakimi, 10, to the Sultanah Bahiyah Hospital but he was pronounced dead on arrival.

"Blood was oozing out of one of his ears. I blame the driver because I stopped on the emergency lane. I am considering taking legal action against him," said the boy's father, Suzlisham Salleh, 38.

He said he was forced to stop on the emergency lane as smoke was coming out of his car bonnet.

"We remained inside and I was calling relatives for help," said Suzlisham, adding that he had pulled over for less than 15 minutes.

The family from Penang was on the way to visit relatives in Jitra and Changlun for Hari Raya Haji.