Boy who died from alleged abuse was eager for school, says aunt

JOHOR BARU - Five-year-old Mo­­ham­­­mad Dizhwar Dzaky had been looking forward to starting kindergarten on Tuesday and even had his uniform ready.

Sadly, he died just after midnight on Wednesday in an alleged case of abuse.

"He was a happy, active and innocent child. He would do anything for his four-year-old younger brother and they were very close.

"Now, we are only left with his clothes to remember him by, including his kindergarten uniform," she said.

Che Nur Syaheeda said the last time she saw her two nephews was in April last year when she took care of them in Seri Kem­bangan, Kuala Lumpur. 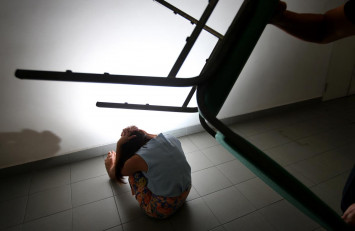 The boys' parents were separated but the father had come to Kuala Lumpur to take care of his sons, she added.

Che Nur Syaheeda said the father, who had married an Indonesian woman as his second wife, took the brothers under his care in June this year.

"At first, everything seemed okay when their mother spoke to them through video calls. But after two months, we noticed that Moh­ammad Dizhwar looked stressed and unfocused.

"Once I asked him if he had already eaten. He said yes, but his eyes were looking elsewhere as if someone was forcing him to say that," she claimed.

Che Nur Syaheeda also said her family only learned about Mohammad Dizhwar's death when the mother, who is working in Penang, was informed about the incident by another relative.

Police, he said, had since remanded Mohammad Dizhwar's 23-year-old Indonesian­esian stepmother and 33-year-old father until Jan 2 for investigation under Section 302 of the Penal Code for murder.

It was reported that the victim died after allegedly being abused by the stepmother.

The couple had rushed the child to the Hospital Sultan Ismail after he became unconscious on Wednes­day, but the doctors pronounced him dead at the emergency ward.