A canine coronavirus is found in pneumonia patient in Malaysia

An electron microscope image of CCov-HuPn-2018, the new canine coronavirus that could infect humans found in a pneumonia patient in Sarawak, Malaysia, in 2018.

A new type of coronavirus that could infect humans was confirmed in at least one pneumonia patient hospitalised in 2018 in the Malaysian state of Sarawak, a medical journal reports.

The virus was the first canine coronavirus to have been isolated in a human patient, according to a paper by an international team of scientists – including those from the US, Malaysia and China – published in the journal Clinical Infectious Diseases  on Thursday (May 20).

The virus was discovered in a project by researchers from Duke University and Malaysia studying causes of pneumonia and building viral detection capacity in Sarawak, according to Dr Gregory Gray, an infectious disease epidemiologist at Duke.

“In the past we’ve never known a canine alphacoronavirus to cross species to man,” Gray said.

“What this suggests is that because we don’t have diagnostics that would pick up new coronaviruses in the common hospital laboratory setting, we are missing opportunities to detect pre-pandemic viruses.”

The study, Gray said, also showed a new approach to detect viruses and to try to prevent them from evolving into ones that cause pandemics.

For example, instead of collecting as many coronaviruses as possible in bat caves, which is what some coronavirus researchers now do, Gray said that surveillance of pathogens should focus on areas where there is a high level of human and animal interaction, and where viruses originating in animals have already spilled into human populations.

According to Gray, if there is wider transmission of the canine coronavirus, it could be the eighth unique coronavirus to infect humans, following the coronaviruses that cause the common cold, severe acute respiratory syndrome and Covid-19. 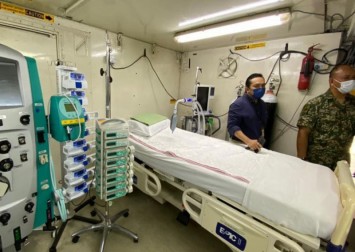 Swabs from 301 hospitalised pneumonia patients in 2017 and 2018 at Sibu and Kapit Hospitals were tested with a pan-coronavirus polymerase chain reaction diagnostic tool, and samples from eight of those patients gave signals for coronaviruses, Gray said.

A canine coronavirus was successfully grown from the sample of one infant patient around five months old, which allowed genomic sequencing. The strain was named CCoV-HuPn-2018, Gray said.

Toh Teck Hock, a paediatrician and the head of clinical research centre at Sibu Hospital, said the patients were mostly from Sarawak’s indigenous ethnic groups who typically live in rural or suburban longhouses and villages where human and animal interactions are frequent.

Seven of the eight patients were children; one was an adult. They came to the hospital at different times and from different areas, so it was unlikely that the virus was transmitted among them. The patients all had symptoms of pneumonia, with fever, coughing and breathing problems. Some were put on oxygen ventilators, according to Toh.

“Luckily, all of them recovered after a few days in the hospital,” Toh said.

The sequencing of the new canine coronavirus showed some traits indicating that it was in the process of adapting to humans: it had some genetic alterations similar to those found in SARS-CoV and SARS-CoV-2.

Anastasia Vlasova, an assistant professor at Ohio State University who analysed the virus, said that its genome had signs of a recombination that contained sequences not only from canine coronaviruses but feline as well.

“Coronaviruses frequently exchange genetic components that allow some of them to adapt to humans better. Whether it makes it as an epidemic virus, we don’t know, but this thing may be on its way to becoming more transmissible and a more serious pathogen,” Vlasova said.

Gray called for a more practical way of studying coronaviruses by focusing on those that have already spilled over to humans, perhaps by examining people who have been exposed to bats or other animals that carry the viruses.

He said that the problem with the current approach of collecting as many viruses as possible is that it is hard to know which ones could spill over into humans – and even so they may take years before they fully adapt to humans.

John Lednicky, a microbiology professor from the University of Florida whose laboratory has done similar work in identifying possible new coronavirus infections in humans, agreed with Gray that virology research needed to be more proactive.

“It’s very important to develop methods to monitor the situation. What happens is we wait until a lot of people are infected and then we react to it, like with Covid-19,” Lednicky told the Post .

“Maybe this canine coronavirus has been around for a long, long time but it didn’t make people sick. But now Gray’s team isolated it from people who were sick. Could this be the point in time for this virus to become a serious concern?” 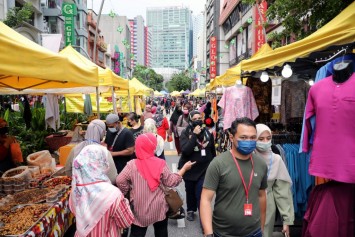 The research into the canine alphacoronavirus had limitations. For example, the presence of the virus in the patients’ airways may not mean the pneumonia was caused by it, since there was evidence of other viral infections.

Gray said he plans more follow-up research, including the drawing of blood samples to search for antibody evidence of infections. The team was also studying the causes of pneumonia in other countries including China, Sri Lanka and Vietnam to see if other new viruses can be detected.

“To reduce the risk from these viruses as they adapt to man and become efficient in human-to-human transmission, we need to change our surveillance strategy,” Gray said.