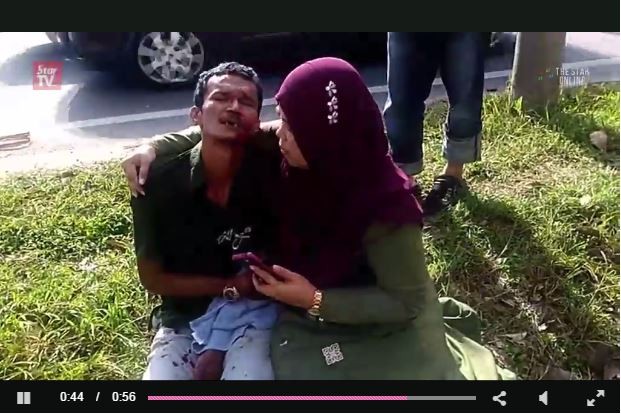 KUALA NERUS - A car driver was slashed with a parang and almost had his left arm severed at the elbow in a road rage incident.

The incident took place at about 4.40pm Thursday in Batu Enam, near here, after the assailant had tried to cut into a jammed lane.

Kuala Terengganu OCPD Asst Comm Idris Abd Rafar said the victim, driving a Honda City, became angry and sounded his horn at the other driver, who was in a Perodua Kancil.

The victim was travelling with his wife and two children to Besut from Kemaman to attend a relative's Hari Raya do when the incident occurred.

ACP Idris said that according to the police report lodged by the victim's wife, the suspect pulled up to the Honda City, got out and exchanged words with her husband.

"All of a sudden, the suspect pulled out a parang and slashed victim after a scuffle," he said.

The suspect fled the scene.

"We have traced the suspect through the vehicle registration number. We also recovered a handphone, believed to be the suspect's, from the scene," he said.