JOHOR BARU - Police have confirmed that the white BMW used by four suspects in the murder of a 44-year-old man at a petrol station in Taman Pelangi here on Sunday had a fake registration plate.

State police chief Comm Datuk Mohd Khalil Kader Mohd said checks found that the number plate of the vehicle used in the brazen attack was the same as another vehicle in Ipoh.

Johor CID chief Senior Asst Comm Datuk Azman Ayob earlier said no arrests have been made so far in relation to the murder at the Jalan Sri Pelangi petrol station. 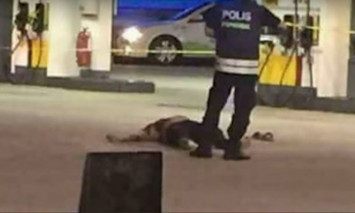 The deceased had parked his Volkswagen Polo at the petrol station to check his tyres when the suspects, who came in the white BMW car, went to him and immediately attacked him in the 7.30pm incident.