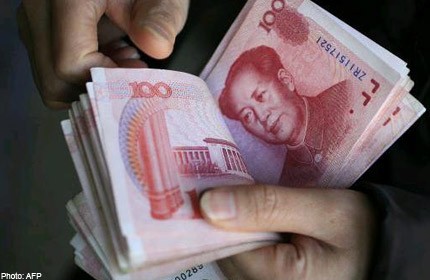 Science and Technology Minister Wan Gang stressed on Friday the importance of transparency in the use of science research funds.

"The use of funds for every research project should be revealed within an institute to avoid serious fund misuse and increase the efficiency of its use," Wan said at a news conference held by the State Council Information Office.

Duan Zhenhao, a former candidate member of the Chinese Academy of Sciences, was sentenced to 13 years in prison on Thursday for using fake invoices to reimburse more than 1 million yuan ($163,000) in research funds.

Last month, Li Xinghua, former director of Guangdong Provincial Department of Science and Technology, was removed from his post for abusing research funds.

Wan said, "When I heard about this, I felt angry, distressed and, to a greater extent, astonished."

The ministry has attached great importance to fund management and has been strengthening fund regulation by recording all project review processes and strengthening audits.

After extensive investigation in the past year, Wan said he had found the crux of the problem.

"As the administrators, our habitual thought is to reinforce the management once we find there is a problem.

"But what we neglected is that the researchers and we administrators are in the same boat. While we were striving to row it, the researchers themselves were not involved, so the boat just went around in circles," Wan said.

As a result, the only solution is to establish transparent information platforms that allow every researcher to participate in fund management.

In September, the ministry issued a notice to build a science and technology reporting system, which requires State-funded research projects that have passed acceptance tests to submit reports that contain the research goal, method, process, technical content and lessons learned, to provide references for peer researchers.

"Some world technological powers such as the United States, Japan, the United Kingdom, Germany and France all have science and technology reporting systems," said He Defang, director of the Institute of Scientific and Technical Information of China, quoted in an earlier report in Science and Technology Daily.

"The results of a US survey show that science researchers can produce $1,280 in benefits by reading a science and technology report. The input-output ratio of writing a report is 1 to 26," he said.