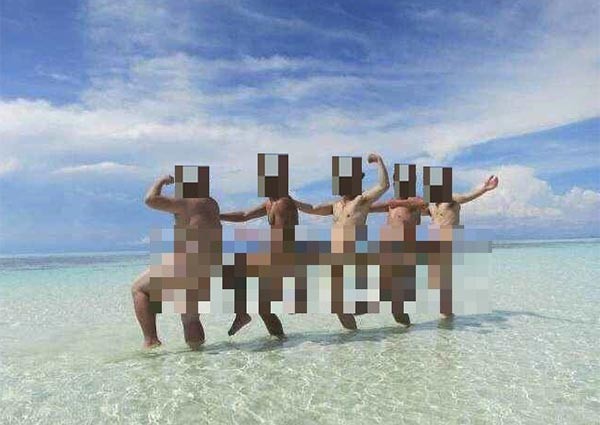 KOTA KINABALU - The police have confirmed that Chinese nationals stripped off their swimwear at an island near Semporna.

In confirming the stripping incident, Semporna police chief Supt Peter Umbuas said that they believed it occurred sometime between two weeks ago or perhaps even two years ago.

He said all the tourists from China could not be located as they have returned to their country.

Supt Peter said they would seek the help of Interpol to identify the people in the photograph, adding that the help of Immigration would also be sought to determine when they had visited Sabah.

He added that the police began investigating on Tuesday after a local Semporna resident informed them about the pictures that were uploaded on a Facebook user's page.