Chor: Liow has the right to contest 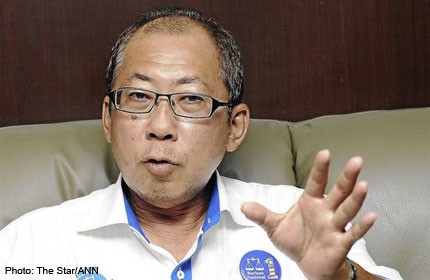 Hence, it was unfair for party president Datuk Seri Dr Chua Soi Lek to set the condition that he would not seek re-election only if Liow stepped down, too, he said.

"MCA election, held every three years, is a democratic process for the central delegates to choose the most appropriate leaders to lead the party," Chor said in a statement yesterday.

"However, it is unfair to ask Liow to go with him."

Chor pointed out that it was also inappropriate for Dr Chua to compare the MCA with Gerakan.

On Friday, Dr Chua had said that Liow would turn MCA into another Gerakan.

At a press conference that day, Dr Chua reiterated his stand to not seek re-election and would take responsibility for MCA's poor showing in the general election.

He wanted new blood to take over and said that Liow would have to step down too as his deputy was not fit to lead the party.

However, Chor said Liow had the right to decide whether to contest or not in the election.

"Both of them have the right to decide for themselves," he said.

He added that Liow should be given a chance to lead the party.

"If Liow does not perform, Liow has to go.

"Liow should face the same consequences like Dr Chua who has been given a chance to lead the party for three years," he said.

On Oct 20, the MCA will hold an extraordinary general meeting.

Liow's supporters had posted video clips on YouTube, urging the central delegates to reject the resolution to censure Liow as it was "unfair and ridiculous" to do so.