Concern over 'teh tarik' river in Malaysia 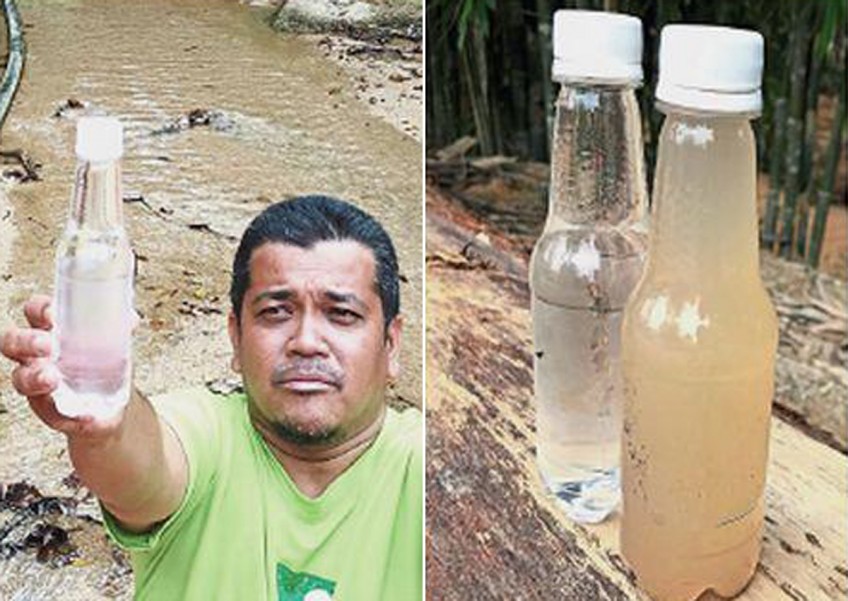 KULIM - Water in Sungai Mahang, which flows through Kampung Ulu Mahang and several other villages near here, used to be crystal clear but those days are over.

Located beside the popular Sun­gai Sedim Recreational Area with one of the world's longest canopy walk at 1.5km, the river - as the villagers put it - is now the colour of teh tarik.

The pollution has even affected the output of a Tenaga Nasional Bhd hydroelectric pump house along the river.

Ulu Mahang villagers are concerned that the river, which once served as a clean source of water, will eventually dry up if ongoing sand mining and logging activities upstream are not well managed.

"Now, the water is like the colour of teh tarik - even on a clear day. Previously, the water was only cloudy when it rained," he said of the river, which flows downstream into Sungai Kerian along the Kedah-Perak border.

"Hill clearing for logging has drastically reduced the number of trees on Gunung Inas while sand mining is causing mud and sediment to flow into the river.

"The water in the river is getting shallower. We are worried that one day it will dry up," Mohd Khairi added.

He hoped the authorities would impose controls and restrict logging and sand mining activities to ensure that they do not pollute the waterway.

A check by The Star on a 10km drive up the logging trail found a sand mine at the foot of the mountain and active hill clearing being conducted about 500m above sea level.

There is a dirt trail to allow lorries to bring down the logs to be stored at a site near Kampung Ulu Mahang before being transported out.

The logging activity is licensed to Perbadanan Mentri Besar Kedah for a 200ha area on Gunung Inas.

A Tenaga employee, who has worked at the TNB hydroelectric pump house for 20 years, said the power generated had reduced since the logging started - from 400kWh of electricity to only about 100kWh due to shortage of clean water.

"If we increase the water intake, sand from the river will jam the intake.

A Kedah Forestry Department official confirmed that licences were issued for logging and sand mining, adding that the it would issue a statement.