PETALING JAYA: The Health Ministry has received brickbats and bouquets over the appointment of a transgender to the Country Coordinating Mechanism (CCM) Malaysia designed to combat HIV/AIDS.

Wanita Umno chief Datuk Dr Noraini Ahmad slammed the appointment of Rania Zara Medina (pic) as a committee member, claiming that LGBT groups have a gender dysphoria that went against the values and beliefs of the majority of Malaysians.

"It is clear that the LGBT community's right to practise their lifestyle is still subject to the law, and it is barred in Malaysia," she said, questioning whether the appointment indicated that the government recognised those who promoted LGBT practices.

Read Also
Being transgender in China: Activist speaks of her struggles 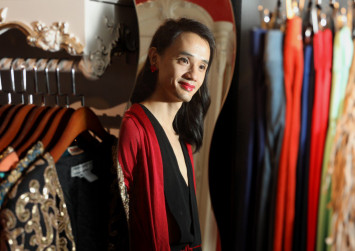 The Public Accounts Committee (PAC) chairman urged the government to explain the reasons for appointing an LGBT ambassador to represent the ministry.

Deputy Health Minister Dr Lee Boon Chye had on Tuesday defended Rania's appointment, saying that the Cabinet in 2009 formed CCM Malaysia with an aim to tackle HIV/AIDS via contributions from the Global Fund.

He said as required by the Global Fund, CCM members were made up of 25 people representing stakeholders such as government agencies, NGOs, academicians and community representatives from targeted groups.

"MAC reiterates that the appointment of Rania as the transgender community representative on the CCM of Malaysia was undertaken through a set of processes that were transparent, community-led and inclusive to ensure outcomes that best protect the health and well-being of the community from the negative impacts of HIV," it said.

"MAC urges all parties to respect the outcome of the CCM appointments and work towards improving the quality of health of all Malaysians regardless of sex, gender, sexuality and other identifiers," it said.

Galen Centre said Malaysia's success in HIV reduction was in part due to its strategy of ensuring engagement and participation from marginalised communities.

"Malaysia has always had a transgender representative on its Country Coordinating Mechanism.

"This role and burden of responsibility has been in recognition that this community is not 'a problem' but part of the solution to the country's epidemic," Galen Centre chief execu­tive Azrul Mohd Khalib said in a statement yesterday.