Day in court: Najib arriving at the Kuala Lumpur Courts Complex for the hearing of the oral submissions at the end of his defence in the SRC International Sdn Bhd case.

KUALA LUMPUR - The prosecution in the SRC International Sdn Bhd trial involving Datuk Seri Najib Razak has urged the High Court to convict the former premier on the seven charges he faces relating to the misappropriation of RM42 million (S$13.8 million) from the company's funds.

Ad hoc prosecutor Datuk V. Sithambaram, who delivered his submission here yesterday, said the prosecution had dealt with issues raised in the trial including the issue of knowledge.

"If everything is looked at, I humbly submit that the seven charges have been proven.

"I have finished my submission. Tomorrow is their day, " he said, referring to the defence who would be doing their rebuttal today.

Lawyer Tan Sri Muhammad Shafee Abdullah, who is the lead counsel for Najib, would be delivering the rebuttal from the defence.

Earlier, Sithambaram submitted that the conduct of the accused had led to the irresistible inference that he had knowledge of funds from SRC International entering his bank account.

"The accused never expected to be exposed for his criminal conduct in view of the position he held.

"His conduct is clearly of a man knowingly committing criminal offences with impunity because of his position, " he said.

The prosecution contended that SRC International suffered a loss of RM42 million while the accused gained RM42 million. 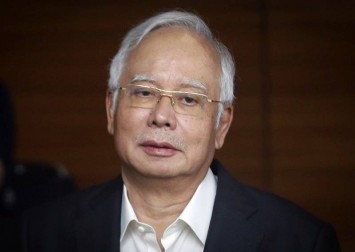 Any reasonable person, most notably a person holding the highest office in the country, would have taken serious action if illegal monies were discovered in his personal bank accounts, Sithambaram said.

He added that the natural reaction would be to claim innocence and not ignorance.

Najib's defence had largely contended that he did not know the monies in his bank accounts originated from SRC International, a subsidiary of 1Malaysia Development Bhd (1MDB).