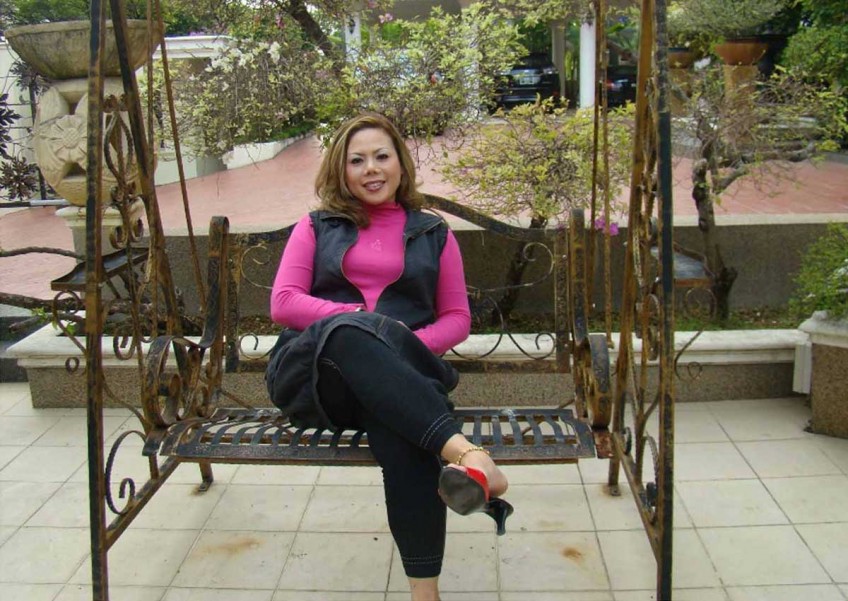 Former lawyer N. Pathman­abhan and two of his farm hands are to hang for the murder of cosmetics millionaire Datuk Sosilawati Lawiya and her three aides.

Pathmanabhan, T. Thilaiyalagan and R. Kathavarayan remain on death row after the Federal Court dismissed their appeal and upheld their conviction.

However, the apex court acquitted and discharged another farm hand, R. Matan, due to insufficient evidence against him.

This is the only other murder case apart from the Sunny Ang trial in 1965 that has an extraordinary circumstance - the bodies were never found.

"From our careful examination of the evidence, it is our finding there is overwhelming evidence before the court to show that Sosilawati and the three others were murdered at the farm within the time and on the date stated in the charges, and that their murders were committed by the three men acting with common intention," said Justice Arifin.

He added that the opportunity for Pathmanabhan, Thilaiyalagan and Kathavarayan to commit the murder came the moment the victims entered the farm.

"The totality of the evidence is that the bodies of Sosilawati and the three others were completely incinerated with the use of the logs," he added.

The court also noted the grim details of the case.

"There was violence in this case. Bloodstains of the deceased persons were found on the bat, two zinc sheets and wall of the farm house. Unless there was violence, no blood would have been splattered on the wall.

"The existence of fear was established. A witness testified that she heard screams during the night of the day in question," the Chief Justice said.

After the murder, physical items owned by the deceased persons were disposed of and scattered at various locations.

"Personal items belonging to the deceased persons like the Seiko watch, the Bell & Ross watch, and the Blackberry handphones were simply thrown away, except for Noorhisham's watch which was discovered from a witness.

"It goes against all logic for poor farm hands to dispose of these items, unless ordered by someone. Only a person who wields power over them could give such an order," added Justice Arifin.

Other judges who sat on the five-men bench were Chief Judge of Sabah and Sarawak Richard Malanjum, Justices Suriyadi Halim Omar, Azahar Mohamed and Zaharah Ibrahim.

Justice Arifin said the only evidence connecting Matan to the crime was that he was seen by a witness unloading logs at the farm a day before the murder.

He was also seen by another witness (who later turned hostile) at the farm in Banting at 10pm on the day of the murder.

"However, we hold that it is unsafe to rely on the evidence of a witness who was rightly declared hostile by the learned trial judge," said Justice Arifin.

The Chief Justice said Matan was also not involved in the discovery of items found in the case.

"In view of the above, we hold that the learned trial judge had erred in calling upon Matan to enter his defence at the close of the case for the prosecution," he added.

The disappearance of Sosilawati, 47, along with her driver Kamaruddin Shamsuddin, 44, bank officer Noorhisham Mohamad, 38, and lawyer Ahmad Kamil Abdul Karim, 32, made headlines in August 2010.

Pathmanabhan and the three farm hands were subsequently arrested and charged with the murders in a high-profile trial that started on July 4, 2011.

Although this is the final legal avenue, the three men can still file a petition for clemency to the Selangor Pardons Board to commute the death sentence to imprisonment.