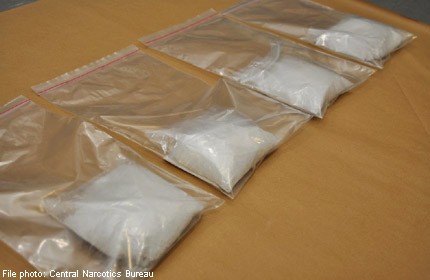 KUANTAN, Malaysia - A senior police officer who was under investigations for drug possession after a road accident last week died at the Tengku Ampuan Afzan Hospital here.

DSP Mohd Rizal suffered abdominal bleeding and broke his left knee during an accident which occurred last Thursday along the Kuantan bypass.

Hospital staff discovered a packet of powder and crystal chunks believed to be syabu weighing 0.8gm in his wallet.

Pahang police chief Deputy Comm Datuk Sharifuddin Abdul Ghani said the case would proceed as police had submitted samples of blood and urine to the chemist for tests.

"However, it must be noted that the drugs were not found by police but a hospital staff. So there is a break in the chain of evidence," he said.

Earlier, on Tuesday, DCP Sharifuddin said police were investigating the case under Section 12(2) of the Dangerous Drugs Act.

DSP Rizal left behind a wife and two children. His remains will be sent back to his hometown for burial.