Cop faints in mid-air, loses control of parachute, falls on roof in Malaysia 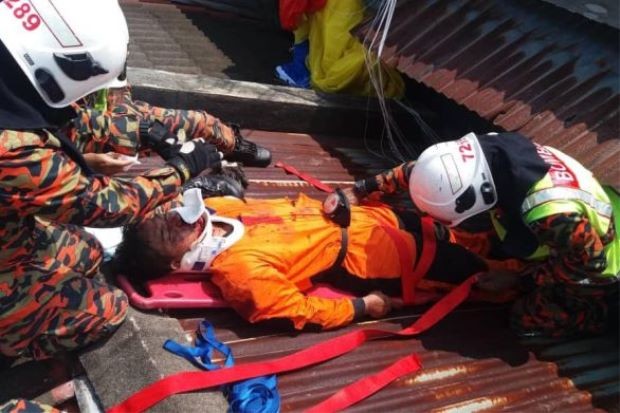 IPOH - A policeman fainted in mid-air and lost control of his parachute during a training exercise and then fell on the roof of a house in Taiping.

The 33-year-old was injured after he fell on the roof of a house on Jalan Laksamana Asam Kumbang, Taiping, at about 11am on Friday (Oct 26), said a Fire and Rescue Department’s spokesperson.

The parachute exercise was carried out at a height of 915m (3000ft) using a light aircraft.

The spokesperson said it is believed when the victim had descended to 305m (1000m), he fainted and the parachute went out of control. That is how the policeman crashed on the roof.

"He sustained injuries to his face and head, and firemen used a stretcher to bring the victim down,” he said, adding that the victim has been sent to the Taiping Hospital for treatment."