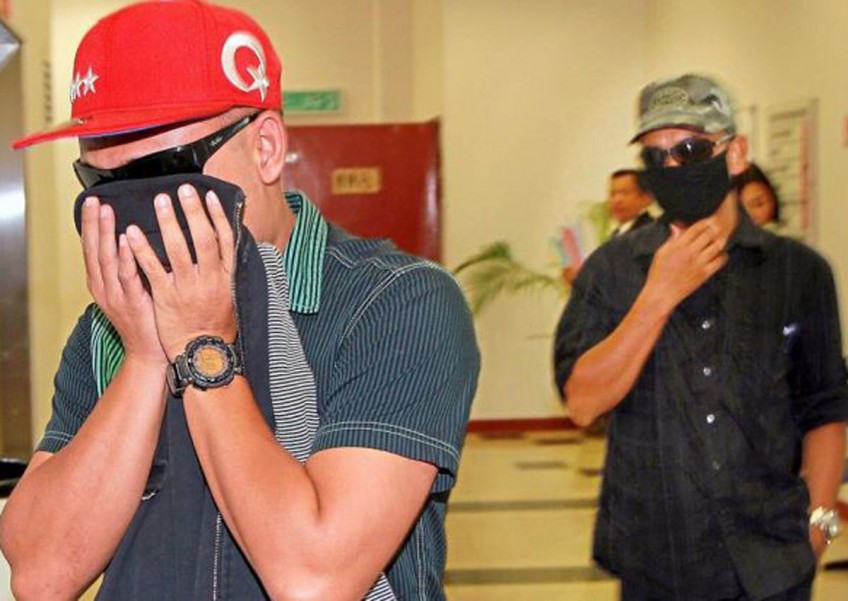 Going to trial: ﻿L/Kpl Shafie (left) and L/Kpl Mohd Nazlee arriving at the magistrate's court in Shah Alam.
The Star

SHAH ALAM: The two policemen who allegedly let off a rape suspect claimed trial to the charge in a ma­gistrate's court.

L/Kpl Shafie Sudiman, 31, and L/Kpl Mohd Nazlee Mohamad Yusof, 38, pleaded not guilty after the charges were read to them at the magistrate's court here yesterday.

They were charged with intentionally not apprehending a Myan­mar national, who was the alleged rapist of a four-year-old girl.

They were said to have committed the offence together while on duty at the Sungai Pelong police station in Sungai Buloh, Selangor, at 5am on April 14.

Both face a maximum of three years' jail under Section 221 of the Penal Code upon conviction.

However, counsel Ahmad Zaharil Muhaiyar requested for a lower sum, saying RM7,000 was too high and both his clients were still ser­ving policemen and were due to punch-in for patrolling duty later at 3pm.

Magistrate Farah Azura Mohd Saad later set bail at RM3,000 with one surety for each of the accused. She also set May 25 to remention the case.

On April 14, it was reported that the two policemen allegedly allowed the rape suspect, who had been caught by residents, to walk free because the mother of the victim, an illegal immigrant, was afraid to lodge a report for fear of being deported.

After releasing the suspect, who is also an illegal immigrant, the two policemen did not lodge a report on the incident.