JOHOR BARU - Police are investigating five Bangladeshi men to determine if they had sexual intercourse with two young girls who were prostituted by their own mother.

He did not reveal whether those arrested included the three men who allegedly paid the mother to have sex with the girls, as investigations were ongoing.

Asked whether the "monster mother" was a drug addict, SAC Azman said she tested negative for drugs. 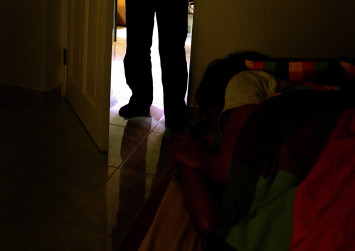 The mother, who was arrested on Oct 25, was said to have forced her daughters into having sex with three Bangladeshi men, one of whom is believed to be the woman's lover of eight years.

It is learnt that the unemployed woman and her daughters, who are from her fourth and fifth marriages, stayed in a room at a commercial lot in Taman Bintang, Senai.

Psychiatrist Dr Abdul Kadir Abu Bakar, when contacted yesterday, said it was "unfathomable why the mother would force her daughters into prostitution as it is totally beyond our societal norms".

"I suspect that the mother may have been driven by her desperation for money," he said.

State Women and Family Affairs Committee chairman Asiah Md Ariff said the girls had been placed at a home in Ulu Tiram after a court order was obtained and they would be given counselling.

"They will be staying in the centre until investigations are completed," she said, adding that the sisters were initially warded at Sultanah Aminah Hospital for treatment after their mother's arrest.