Couple killed by lightning while jogging in Malaysia park 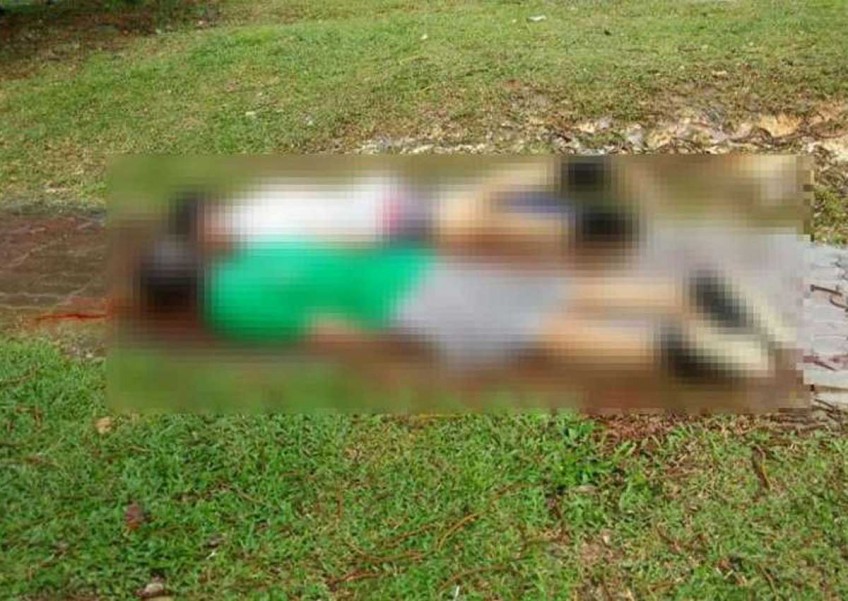 PETALING JAYA - A couple, believed to have been struck by lightning, were found dead in a park at Jalan Kenari 10, Bandar Puchong Jaya near here.

He said the two were found lying on the ground, with the man bleeding from the head.

Supt Lee said both were pronounced dead at the scene by ambulance personnel from the University Malaya Medical Centre (UMMC).

He said police also found fragments of the pedestrian path in the park, believed to have been damaged by lightning, at the scene.

Supt Lee said the remains of the two were brought to UMMC for a postmortem.

The married couple were believed to have been jogging when the incident occurred.

In a separate incident, a man suffered 80 per cent burns on his body in a fire at the electric room of a hypermarket in Kelana Jaya near here.

A spokesman from the Selangor Fire and Rescue Department said the victim, in his 20s, was believed to have trespassed into the room.

The spokesman said the department was alerted to the incident at 7.25pm before six personnel from the Seksyen 7 fire station rushed to the scene.

He said the victim was sent to the University Malaya Medical Centre.