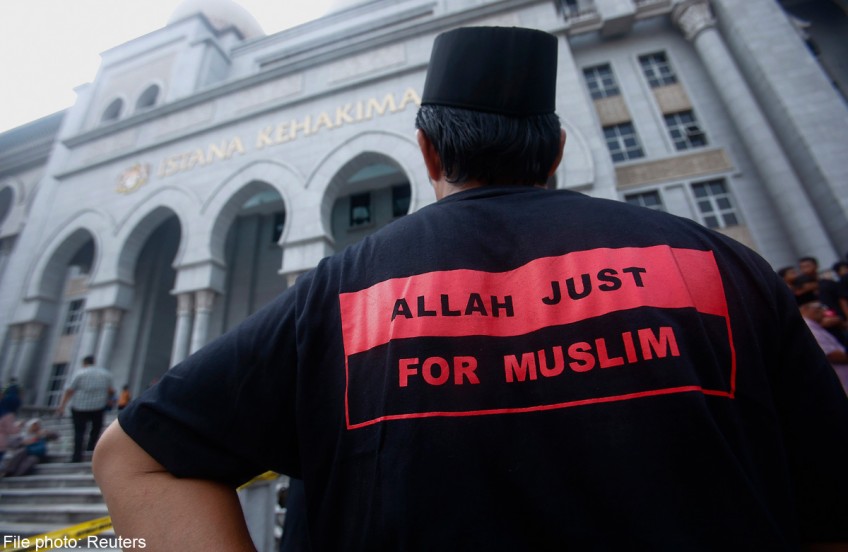 A Muslim man stands outside the court in Putrajaya outside Kuala Lumpur in this file photo taken June 23, 2014.

KUALA LUMPUR - Clerk Jill Ireland Lawrence Bill has succeeded in her bid to have the Home Ministry return eights CDs containing the word "Allah", which the ministry had confiscated from her more than six years ago.

She also ordered the CDs returned to the owner.

However, Justice Zaleha only allowed for two of the 11 demands in Jill Ireland's judicial review, and ordered the ministry to pay her RM500 in costs.

In her judgement, Justice Zaleha said it was clear a senior authorised officer could only seize materials pending a decision of the minister, although there was no provision for the minister to delegate power to a subordinate.

She found that in this case, the decision was made by Customs Superintendent Suzanah Muin (the officer who allegedly seized the CDs from Jill Ireland) but not by then-Home Minister Tan Sri Syed Hamid Albar himself.

"I agree that the order was obtained ultra vires and that the respondent is guilty of error of law," said Justice Zaleha.

Jill Ireland, 33, had on May 4, 2009 obtained leave from the court to challenge the Home Minister's decision to seize her eight CDs that contained the word "Allah".

On May 11, 2008, the ministry seized the CDs under Section 9 (1) of the Printing Presses and Publications Act 1984 when Jill disembarked at the Low-Cost Carrier Terminal in Sepang.