Crowded queue Kampung Baru residents waiting their turn to be tested for Covid-19.

PETALING JAYA - A new Covid-19 cluster has emerged from some students who returned from a red zone in Indonesia on April 16, says Datuk Dr Noor Hisham Abdullah.

He said the cluster consisted of 43 students who had returned from Temboro, a place which had been declared a red zone in Magetan.

"From that overall number, 34 have been quarantined in Melaka and nine in Kuala Lumpur and Putrajaya.

"This shows that the government's actions to screen and quarantine all Malaysians returning from overseas are right.

"This will ensure all imported cases will not infect Malaysians locally, " the Health director said at his daily press briefing yesterday.

Dr Noor Hisham said Melaka saw 37 new cases, in which 34 were linked to the Magetan cluster while the other three came from Kalimantan, Aceh and Turkey each.

As of noon yesterday, another 84 new cases have been reported, bringing the total tally to 5,389 cases.

He said 46 cases were being treated in the intensive care units with 26 needing ventilators.

"One more death has been recorded and the death toll now is at 89.

"There were 95 patients who have been discharged, bringing the total number of recovered cases to 3,197, " he said.

Separately, Dr Noor Hisham said the Health Ministry would conduct clinical trials on the effectiveness and safeness of the Remdesivir drug to treat Covid-19 patients.

He said nine hospitals, which were taking part in the World Health Organisation's "Solidarity Trial", were ready to start recruiting participants from among the Covid-19 patients who met the criteria. 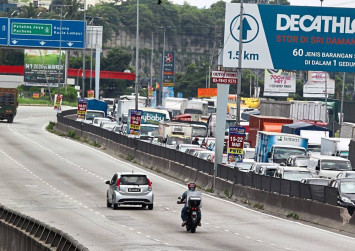 "Patients who are positive but do not show any symptoms would probably not be chosen for the trial. We will look at those who are showing symptoms.

Dr Noor Hisham said the evaluation of the drug was based on three key aspects - safety, quality and early efficacy of the drug based on available data.

He added that due to the importance of the clinical trial, the Medical Research and Ethics Committee and National Pharmaceutical Regulatory Agency approved the research protocol and clinical trial import licence for the Remdesivir drug in four working days.