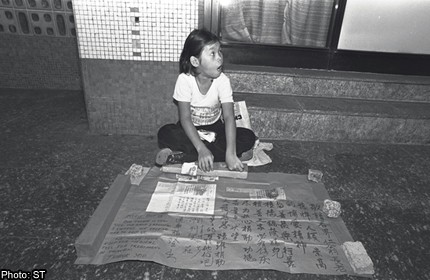 MALAYSIA - The authorities have rescued 232 children from child-begging syndicates since 2008 and such operations will also cover rest and recreation areas along the North-South Expressway.

"JKKM has been carrying out integrated operations to save these exploited children under the Child Act 2001 from time to time with the help of the Immigration Department, National Registration Department, local enforcement agencies and state governments as well as the Islamic Affairs Council."

She was replying to Noor Ehsanuddin Mohd Harun Narrashid (BN-Kota Tinggi) who wanted to know the measures that had been taken by the ministry to solve the problem.

She said operations which led to the rescue of the children were carried out nationwide.

A person found guilty of child exploitation is liable to a fine of RM5,000 or two years' jail, or both, if convicted.

The ministry, she said was working closely with the North-South Expressway concessionaire PLUS Expressways Berhad (PLUS) to put an end to child-begging activities at R&R stops where children were usually seen loitering and begging for alms.

PLUS had agreed to ensure that the children were safe after they were rescued while waiting for the arrival of enforcement officers.

The public have also been advised against donating to the children as this would only benefit the syndicates.