Crocs in affected areas in Sabah to be trapped and culled 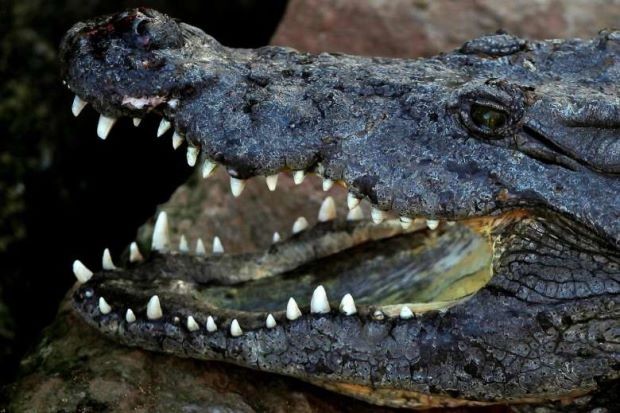 KOTA KINABALU - Crocodiles in areas where attacks have taken place will be trapped and culled, says the Sabah Wildlife Department.

Its director Augustine Tuuga said rangers would also be deployed to trap crocodiles in areas where the reptiles pose a danger to humans.

He said crocodile hunting was allowed under the state Wildlife Protection Enactment 1997, but only a few licences were applied for as the skin of reptiles caught in the wild cannot be exported.

"Crocodiles are listed under Appendix I of the Convention on International Trade in Endangered Species of Wild Fauna and Flora," Augustine said.

He said Sarawak had proposed downgrading crocodile protection to Appendix II during the Conference of Parties last year, and this was approved. Appendix II allows for controlled trade.

As a result, Sarawak had an export quota of 500 crocodiles taken from the wild, while there was none for Sabah and West Malaysia, he added.

Augustine said Sabah was moving towards getting its own export quota of crocodiles from the wild, but the state would first have to come up with a management plan for these creatures.

He said his department had contracted wildlife research non-governmental organisation Danau Girang Field Centre to conduct a study that was due to be completed next year.

Kinabatangan MP Datuk Bung Mokhtar Radin called for the state to emulate Sarawak and allow for the hunting of the reptiles after a 50-year-old man and his 13-year-old son were killed in an attack along Sungai Kinabatangan.

The two victims, from Kampung Seri Bersatu in Bukit Garam, had gone fishing on March 18, but their partially devoured bodies were discovered in the river two days later.

He said villagers living along the river were at risk because of the increasing number of these reptiles.

Over the past two years, Wildlife rangers have had to respond to incidents of human-crocodile conflict with reptiles appearing in populated areas around Sabah.