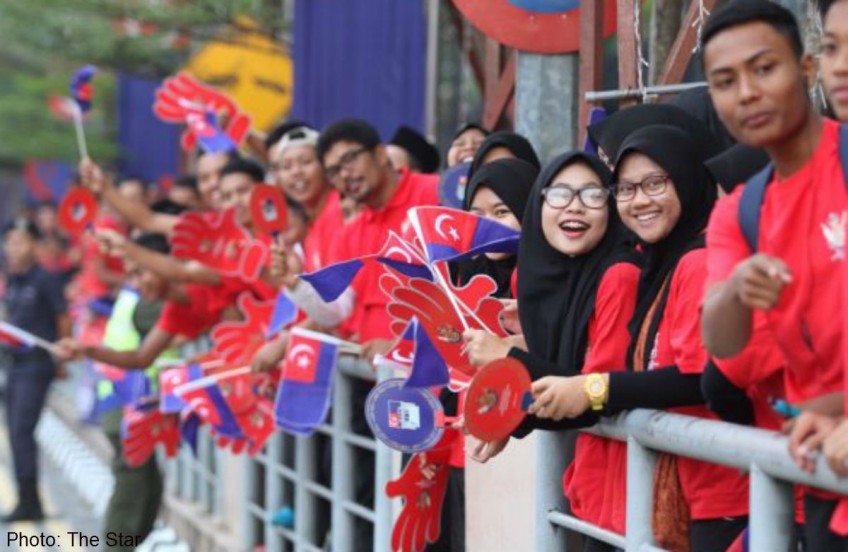 JOHOR BARU - Johoreans participating in the parade for the coronation of Johor Ruler Sultan Ibrahim ibni Almarhum Sultan Iskandar were seen all hyped, preparing for their performances, as crowds gathered as early as 7am, Monday around the city centre here.

Police and People's Volunteer Corps (Rela) were spotted taking their positions to assist the crowd as roads, where Sultan Ibrahim is expected to pass during the parade, have been cordoned off.

Loud kompang music could be heard from a distance, as participants conducted rehearsals for performances along the streets especially Jalan Wong Ah Fook.

Groups from various schools and organisations were all excited in anticipation of the parade, expected to take place around 10am later.