Dead teen could have made it big in modelling, says ex-teacher

GEORGE TOWN - When she was just 13, Ivana Esther Robert Smit already knew she could make it big in the modelling industry.

Her former teacher Raaj Ganesh, who used to be the head of physical education at an international school in Penang, also recognised her talent early on and was shocked over news she had fallen to her death.

"She knew very well what she wanted in life - a career in modelling. She had that kind of aura and charisma even at a young age.

"She even learnt about the postures and how to look good in front of the camera," he said. 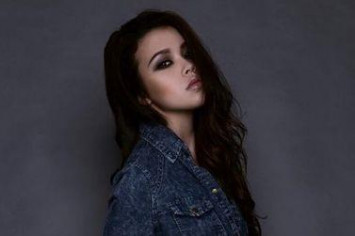 It is believed that the 19-year-old was in the apartment with a couple - an American man and his Kazakh wife - after spending a night out with them.

The couple retired to the bedroom while Smit slept in the living room.

Sometime in the night, Smit who was naked, ventured out onto the balcony and fell.

He remembered her as a good football player during her school days.

In 2012, Smit was the first runner-up of the "Little India's Next Top Model" competition.

"She showed maturity beyond her age, and outshone some of the more established models in the field.

"Two years ago, I met her and she was still her usual down-to-earth self, although she had already made a name for herself in the modelling fraternity.

"She was gifted and worked really hard towards her passion.

"It is sad that she left us so early," he said.