Deaf man beaten to death, allegedly by individual he used to disturb

GOMBAK - A deaf man was beaten to death by a man he is believed to have frequently disturbed.

Gombak OCPS Asst Comm Samsor Maarof said they were alerted to the case on May 10.

"We received information that a 47-year-old deaf man died while receiving treatment at the Selayang Hospital.

"The man was beaten up in front of a restaurant along Jalan Sungai Pusu here," he told reporters at the Gombak police headquarters on Wednesday (May 22).

"Two days later, a team from the Gombak police headquarters CID arrested three men, including an Indonesian, around the Gombak area here. 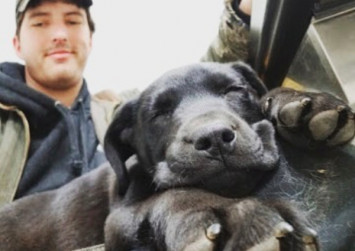 "The main suspect has a prior criminal record. We also seized a helmet believed to have been used in the beating," he said, adding that investigations revealed the suspect was unhappy with the victim for frequently bothering him.

ACP Samsor said the case was referred to the Deputy Public Prosecutor's office for further action.

"The suspect will be charged in court Thursday (May 23) while the other two will be witnesses," he said.

In an unrelated case, six men were arrested for robbery near Lebuhraya Pinggiran Batu Caves on May 13.

ACP Samsor said a 28-year-old man lodged a report claiming he had lost RM10,000 in cash and valuables.

"The victim also suffered four stab wounds to his back.

"A day later, we arrested six suspects aged between 16 and 22," he said, adding that three of the suspects had previous crime and drug related records.

He said police also seized a car, a gold chain, a mobile phone and a knife believed to have been used in the robbery.

"It is believed the motive behind the robbery and attack is because the victim had accumulated debts with one of the suspects.