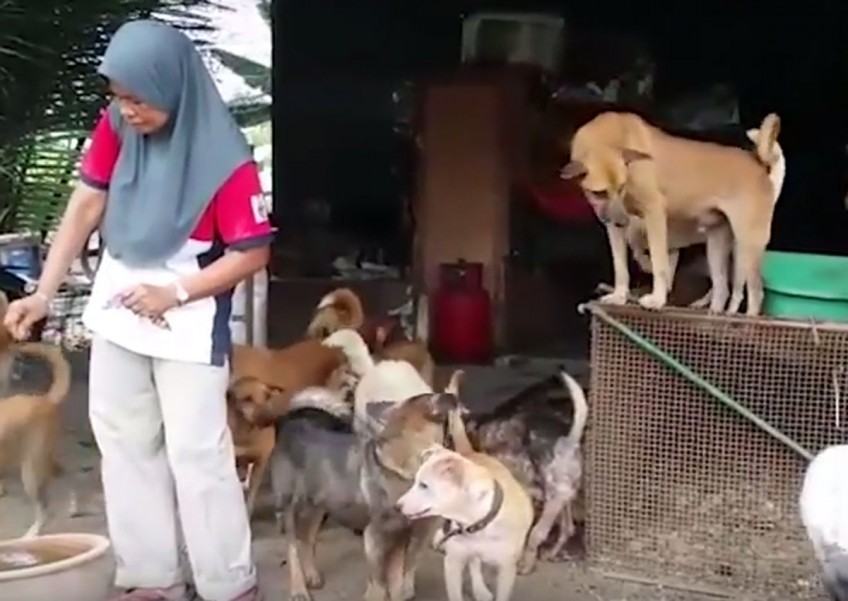 GEORGE TOWN - News of rabies resurfacing in Penang was cause for worry among dog owners here with many rushing to vaccinate their pets while some, shockingly, wanted to get rid of them.

A check at Gill's Veterinary Clinic in Bagan Jermal at about 2pm yesterday showed seven dog owners bringing in their pets for rabies vaccination within a span of half an hour.

Kean Teh, 50, who owns a poodle named Yucca, said she immediately brought her dog for vaccination, which cost RM45 (S$15).

"Even though Yucca does not go out, I'm doing it for my peace of mind," she said at the clinic.

Furry Kids Straits Quay owner Teng Su Ling, 45, said many of her customers called up for advice, asking if their pets should be vaccinated.

Meanwhile, an animal shelter volunteer, who only wished to be known as Low, said she had been receiving calls from people wanting to abandon, give away or put down their pets.

"There is a lack of education regarding this issue. People only need to get their pets vaccinated," she said.

In Ipoh, Society for the Prevention of Cruelty to Animals president Ricky Soong pleaded with dog owners to remain calm about the outbreak in the northern states.

He said he was more worried about pet dogs being abandoned for fear of the disease.

In Alor Setar, animal rescuer Halijah Idris, 68, the wife of the late Muhammad Azmi Ismail or Pak Mie, said she started taking precautionary measures for her 700 dogs and cats in her shelter about three months ago when friends told her about the rabies outbreak in Thailand.

"Since then, I have been giving the animals antibiotics as I had already vaccinated them this year," she said.