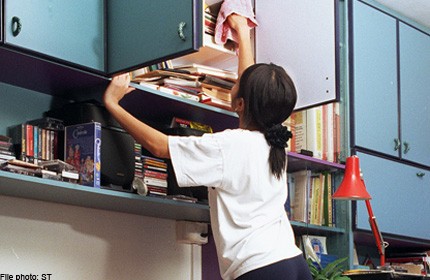 PETALING JAYA - Many households will be forced to fork out more money for domestic help when Indonesia stops sending domestic workers here in 2017.

Manager Rozita Hamid, 33, who has a live-in Indonesian domestic worker, said she desperately needed help to care for her two-year-old child while she and her husband were away at work.

"Last year, I was without a maid for six months and it was an extremely difficult time.

"I would drive all the way from Petaling Jaya to Klang before work in the morning to send my daughter to my mother's house there," she said.

If Indonesia stopped supplying these workers, she said, she would have to hire a Filipino maid, who would cost about RM1,200(S$570) each month, compared to an Indonesian equivalent costing about RM700 a month.

Indonesian consul-general in Sarawak Djoko Harjanto said recently Malaysians would have to seek domestic workers elsewhere when Indonesia stopped supplying maids to the whole world by 2017 under its Domestic Worker Roadmap announced two years ago.

Indonesian Embassy labour attache Agus Triyanto had in May announced the republic's intention to introduce a "live-out" maid system to replace "live-in" domestic workers, in which they are recognised as formal workers employed for one specific task.

Under the proposed system, employers could hire a certified Indonesian cook, caregiver, babysitter or housekeeper at the national minimum wage of RM900 in peninsular Malaysia and RM800 in Sabah and Sarawak.

Teacher Lydia Lee, 42, who currently employs an Indonesian maid, said it would be too costly to hire a maid for each specific function.

"I am a working parent, and I need a maid to care for my elderly mother as well as do a bit of housework.

"I cannot afford to hire two maids for these two chores.