Lovable lot: Hamsters, seen at one of the pet shops in Kuala Lumpur, are predicted to be popular pets this year.

KUALA LUMPUR - With Chinese New Year this year corresponding with the zodiac animal of the rat, some pet shops have seen a spike in the sales of hamsters and chinchillas.

Cuties they may be, but animal welfare advocates are urging the public not to buy them as pets on impulse, only to abandon them later.

Chiew Yih Shin, 34, owner of the Pets Star in Klang said there is a spike in the demand for rodents as companion animals.

She claimed that many pet shops are having promotions for the Year of the Rat.

In Chiew's exotic animal shop, there is a 40 per cent to 50 per cent increase in sales of rodents such as guinea pigs and hamsters.

"People are also interested to have pets that they can display like chinchilla, an endangered species, which is being sold for about RM850.

"We are a legal breeder and we will provide the necessary licensing documents to buyers, " she said when asked about the legality of owning protected species.

Some pet shop workers, however, said it is still too early to tell whether the demand for rodents would increase following Chinese New Year.

"So far, there is no significant change of buyers' trend in getting a pet, " said a worker from a pet store in Kuala Lumpur who only wanted to be known as Wong.

Canine welfare project Malaysian Dogs Deserve Better (MDDB) director Irene Low said she hoped that people will not buy mice in the Year of the Rat. 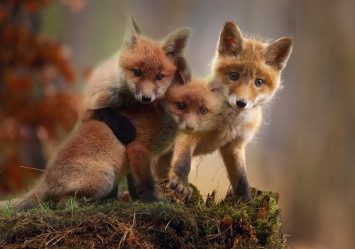 "Some people have a habit of getting animals that correspond with the animal sign of that year for good luck.

"But in the end, these poor animals are abandoned, '' she said.

Low recalled how MDDB had so many unwanted dogs at its shelters after the Year of the Dog.

She said rescuers are anticipating those who buy mice from pet shops will release or dump them after the festivities are over.

"Please don't do that. These mice are bred in captivity and may not be able to fend for themselves when released, '' she said.

Malaysian Animal Welfare Association (Mawa) founder Mukunnan Sugumaran said it is a habit that people buy rather than adopt.

"And when it's no longer trendy, they abandon it or give it to an irresponsible owner, " he said. 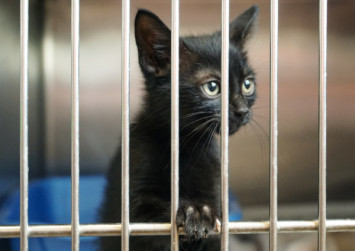 He said pet ownership must be governed and suggested that a policy should be made to penalise pet owners if they were to abuse or abandon their pets.

Mukunnan said the public should be educated on the importance and responsibility of owning a pet to reduce the rate of animal abandonment in Malaysia.

Society for the Prevention of Cruelty to Animals (SPCA) chairman Christine Chin said the abandonment of pets is a constant problem for animal shelters throughout the year.

"It is a serious offence as the act of abandoning is cruel under Section 29 of the Animal Welfare Act 2015.

Kelvin Cheah, an inspectorate officer from SPCA Selangor, said the problem is worrisome as an average of 60 dogs and 90 cats are being sent to the shelter monthly.