Dr M: Mutineers may lose in next election 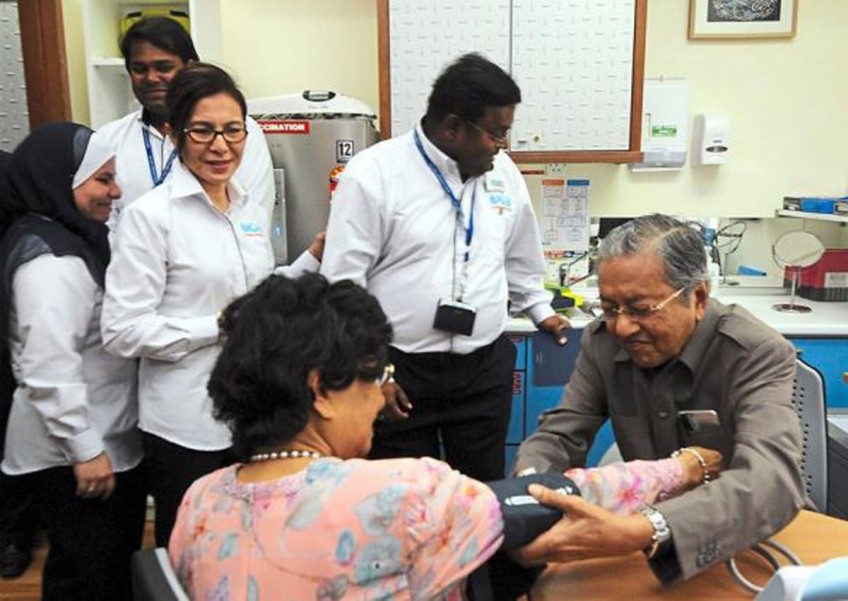 LANGKAWI - Most of the assemblymen who want a leadership change in Kedah do not have good reputation and may lose in the next general election, said former prime minister Tun Dr Mahathir Mohamad.

Commenting on the political development in Kedah for the first time, Dr Mahathir said he was not against changing the mentri besar, but those who aspire to take over had failed to unite Umno in the state prior to the last general election.

Speaking at a press conference after opening the Global Doctors Clinic at the arcade of Meritus Pelangir Beach Resort and Spa here yesterday, Dr Mahathir said Umno would have to bear the consequences if the group was to go ahead with their plan.

Dr Mahathir, who is the father of Mentri Besar Datuk Seri Mukhriz Mahathir, said the assemblymen who want the leadership change could not even defend Barisan Nasional's seats in the 2008 general election, resulting in Kedah falling to PAS.

"So, if they take over, they will lose in the next general election," he said.

Asked on what advice he had for Mukhriz, Dr Mahathir said anything could happen in politics.

"Nothing is permanent. You have friends and enemies.

"You can expect friends to behave like enemies, and sometimes enemies will behave like friends," he said.

When it was pointed out that in 1990s, when he was the prime minister, he had replaced former Kedah mentri besar Tan Sri Osman Aroff with Tan Sri Sanusi Junid despite the petition from the majority of Kedah assemblyman against it, Dr Mahathir said what mattered was that Barisan still retained the state after that.

Twenty-two assemblymen had then petitioned Dr Mahathir asking Osman to be retained but Dr Mahathir went ahead and replaced him with Sanusi.

"I had my own reasons then. I made my own decision. The main thing is that although there was a change in the candidate, we didn't lose.

"But I'm not the prime minister now. I don't know how to solve this problem.

"The current prime minister will have to solve this," he said.