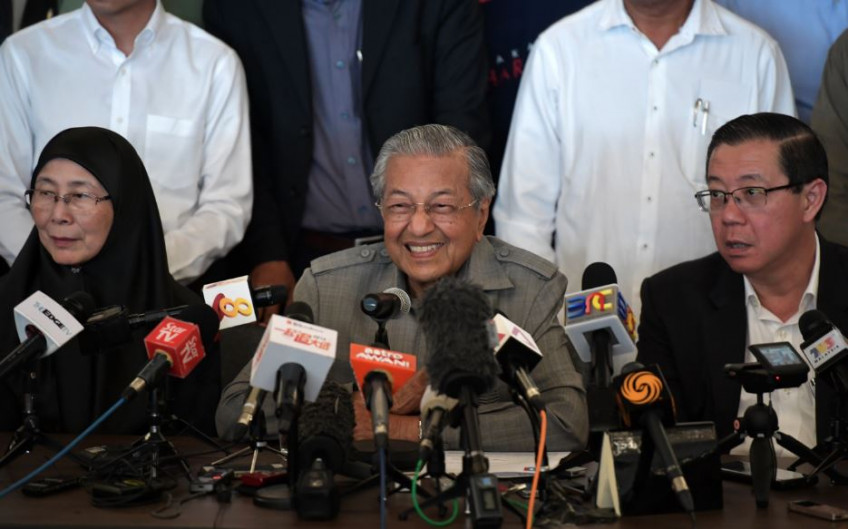 PETALING JAYA - There might be a delay and anxiety in the formation of a new government, but that has not stopped Tun Dr Mahathir Mohamad from displaying his trademark wit and sarcasm when answering serious questions from the press.

Asked about the delay in his swearing in, Dr Mahathir said there is a delay in doing everything.

"For example, I was very sleepy this morning. I got up late. Lots of people got up late," he said during a press conference to howls of laughter on Thursday afternoon.

When asked about whether there was a possibility that there were delays in his swearing in because the royalty didn't like him, Mahathir said he didn't know.

"I don't know about not liking me. I'm a very nice person. I have the support of the majority of the members of parliament. That is what the provision of the Constitution says. It doesn't say I like you, I don't like you, I love you," he said.

Later, when holding up a letter that was supposed to be sent to the palace, photographers asked him to pose properly as they could not see his face.

"I thought you want to see the paper not my face. Now I would like to tell you that my face is no longer haram. We don't have to tear out the picture of my face. I'm not saying anything against the government you know. By the way, at this moment there is no government.

In an earlier press conference that was held at 3am Thursday, many people were heard shouting Hidup Tun! (Long Live Tun).

To that he just said dryly, "I'm still alive."