MANILA - In one of his most famous lines, Shakespeare wrote, "some are born great, some achieve greatness, and some have greatness thrust upon 'em".

Many of today's most powerful persons belong to one of these three categories. Some were born with exceptional capabilities and magnetic charisma, carrying in their bosom a burning vision for their communities.

They have an unmatched talent for inspiring countless souls, steering whole nations toward the terminus of history.

One could think of Cyrus the Great of Persia and Alexander the Great of Macedonia, who built the biggest and most cosmopolitan empires of their times, as belonging to this category of men.

One could think of Nelson Mandela and Gandhi as belonging to this category.

Read Also
PAS and Umno are free to do whatever they want: Mahathir 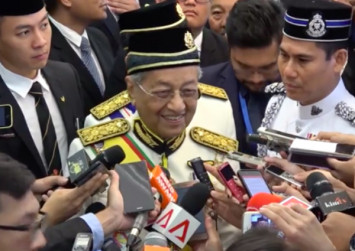 Then there are those who are catapulted to the vortex of history through sheer circumstances. Throughout their lives, they were never known as exceptional characters or particularly ambitious persons.

And yet, when the moment came, they did their best to rise to the occasion.

One could think of Catherine the Great of Russia and Cory Aquino of the Philippines as belonging to this category: two brave women who filled up the political vacuum left by their prematurely demised husbands.

Catherine oversaw the transformation of Czarist Russia into a haven for the European intelligentsia, while Cory oversaw a messy transition out of the black hole of a literally bankrupt dictatorship.

When I met Malaysia's Prime Minister Tun Dr Mahathir Mohamad (pic) last week, I wondered to which category he belongs. Not that he is a perfect leader; nor have I turned a blind eye to his more authoritarian past.

In fact, I was a Mahathir-skeptic in the past, partly because I was critical of, inter alia, his "Asian values" argument: I reject the suggestion that civil liberties and human rights are only for Caucasian people.

I believe in the universality of human dignity and, similar to former Philippine President Fidel Ramos, the perfect compatibility between democracy and development.

But "greatness" should be understood in terms of Greek tragedy: We are not speaking of perfect beings, or the "best president in the solar system", but instead restless mortals who dedicate their lives to pursuing a cause bigger than themselves, no matter the sacrifices it entails.

In my view, Dr Mahathir is great in all three categories.

He was born with unfathomable energy for political engagement from early youth. 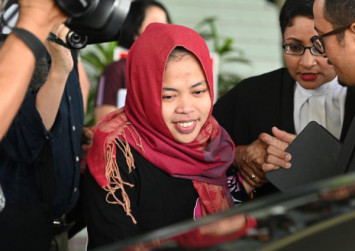 Hailing from a humble background, he worked his way up to the pinnacle of power by sheer hard work and ruthless ambition.

But the Dr Mahathir that I admire is the one who had greatness "thrust upon" him. At the astonishing age of 92, he decided to rejoin the maelstrom of politics.

As Dr Mahathir told me during our conversation, he decided to shun "retirement" in order to "do something": to save Malaysia from the downward spiral of unrestrained corruption and increasing subservience to a foreign power, namely China.

What I admire even more about him is his personal discipline, making sure that he never skips any major event despite the vicissitudes of advanced age. Not to mention his reputation as a loving husband and father.

Above all, however, Dr Mahathir is the epitome of a great leader, one who bravely stands up to both a hegemonic Western power and an overbearing Eastern rival.

During his visit to Beijing last year, Dr Mahathir bluntly warned of a "new colonialism", underscoring the need for vigilance vis-à-vis welcoming large-scale but low-quality investments from China.

At the same time, he has also warned against the belligerence and warmongering of US President Donald Trump, who, according to Dr Mahathir, "resort(s) to unconventional reactions to problems".

Of all Filipino leaders, I think only one came close to being our own version of Dr Mahathir: Fidel Ramos.

Sadly, he only had a few years to fix the mess of the lost decade of the '80s, just to see a populist successor throw all the most precious gains of his hardworking administration out of the window.

We never lost the chance to underappreciate truly good leaders.