Dr Mahathir in the league of 50 world's greatest leaders

In the list of 50 leaders, Dr Mahathir joined the ranks of big names such as his New Zealand counterpart Jacinda Ardern, who took second place, and Bill and Melinda Gates, who are listed at the top spot.

The list also included the Duke and Duchess of Sussex, Prince Harry and Meghan Markle, who are both in 42nd place, and student and climate activist Greta Thunberg in sixth place.

Dr Mahathir was described by Fortune as "writing an unexpected chapter in his legacy" at the age of 93. 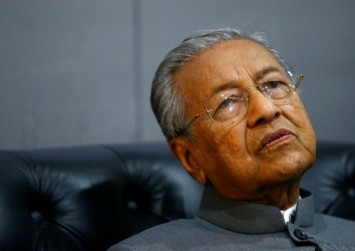 "During his first, 22-year tenure as prime minister from 1981 to 2003, he turned Malaysia into one of South-East Asia's economic tigers.

"Last year, he returned from seclusion to run for office on an anti-corruption platform, leading a new political party to a shocking victory over incumbent (Datuk Seri) Najib Razak.

"Mahathir and his party are now moving to protect judicial independence and press freedom, recognising that they help keep a democracy honest," read the caption accompanying a photo of Dr Mahathir on fortune.com.