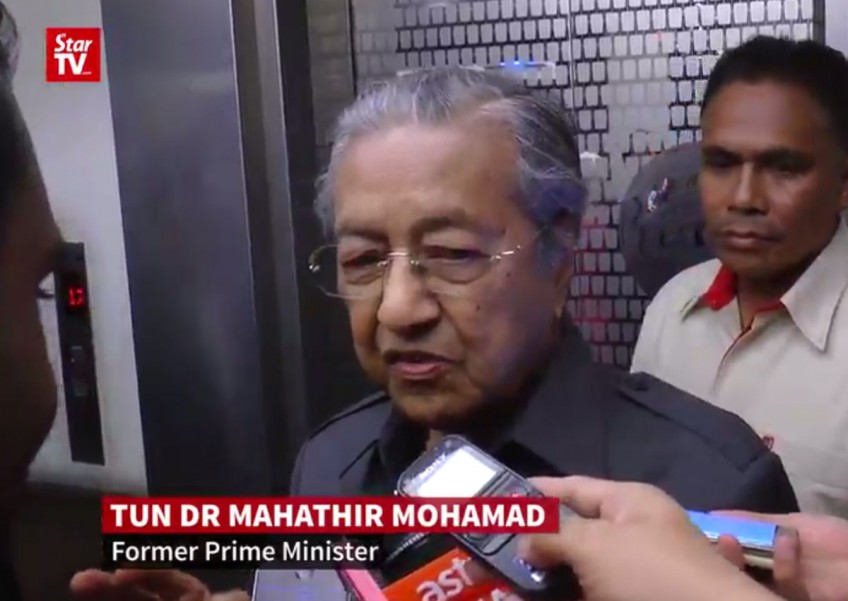 The former premier said he is basing his speculated timeframe on schedules set for government leave, functions, anniversaries and celebrations.

"According to the scheduled leave, functions, and anniversaries, the election should be between September this year and March next year," said Mahathir.

Speaking to media after attending the Pakatan Harapan meeting at Parliament here on Monday, Mahathir said the general election will be before Najib's term ends.

The Barisan Nasional Government's mandate will conclude at the end of June 2018 and it is speculated that Najib may call for early polls.

On a separate matter, Dr Mahathir said he is well-prepared to face Tourism and Culture Minister Datuk Seri Nazri Aziz in the scheduled debate on April 7.

"I have been prepared for a long time already," he said.

The much-anticipated event is scheduled to be held at Karangkraf Shah Alam with Shah Alam MP Khalid Abdul Samad as the moderator.