PETALING JAYA -There are concerns that the loyalty of some civil servants is still with the previous Barisan Nasional government, says the Prime Minister.

Tun Dr Mahathir Mohamad said there were many civil servants who voluntarily took part in the recent general election and campaigned for Barisan.

"We are doubtful of their loyalty, whether their loyalty is to the old (Barisan) government or the new government," he told a press conference after Pakatan Harapan's presidential council meeting here on Friday (June 1).

Dr Mahathir, who is also Pakatan chairman, said that civil servants' loyalty towards Barisan is affecting the Pakatan administration. 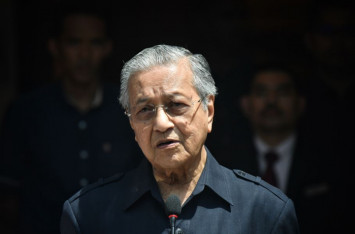 "We want to govern following our ways and our manifesto, and we need to get the co-operation of civil servants," he said.

Asked if any action will be taken against such civil servants, Dr Mahathir said the Government does not want to "punish people unnecessarily".

He however said he hoped that they will change their attitude and be neutral towards the new government.