Durian farmers vs the state: In Malaysia's Mao Shan Wang hub, a spiky showdown over land

The Mao Shan Wang durian, which is also known as Butter durian, Cat Mountain King or Rajah Kunyit, is known for its bittersweet taste and creamy texture.

The global supply of Mao Shan Wang, a durian cultivar prized by fans for its flavour and texture, may be at risk as a land battle brews in Malaysia between a group of farmers and a government-backed conglomerate, amid sky-high demand for the fruit.

The Royal Pahang Durian Group (RPDG) claims that farmers in the durian haven of Raub, in the central state of Pahang, are encroaching on state land, even though they have tended the orchards for decades.

The conglomerate has proposed a deal to legalise smallhold farmers, allowing them to obtain certifications required for export, but also demanding they achieve high yields of the fruit, also known as Musang King, and to sell their produce to the corporation at a set price.

The Save Musang King Alliance (Samka), representing the farmers, alleges the conglomerate is exploiting farmers and profiteering off their labour by setting unreasonable targets at a time when durian sales are hitting new highs .

“Some of these farmers have tended to the land for decades. You cannot just say they are trespassers, especially considering the government has in the past encouraged agricultural activity on unused land,” said Samka’s lawyer Siew Choon Jern.

“The timing of the company’s action is also very suspicious, given the recent popularity of durian exports to countries like China and Singapore.”

In late August, the authorities said they would evict these untitled farmers, leading Samka to file an application for judicial review with the attorney general’s chambers to challenge the conglomerate’s lease of land from the state government as well as the eviction red notice. 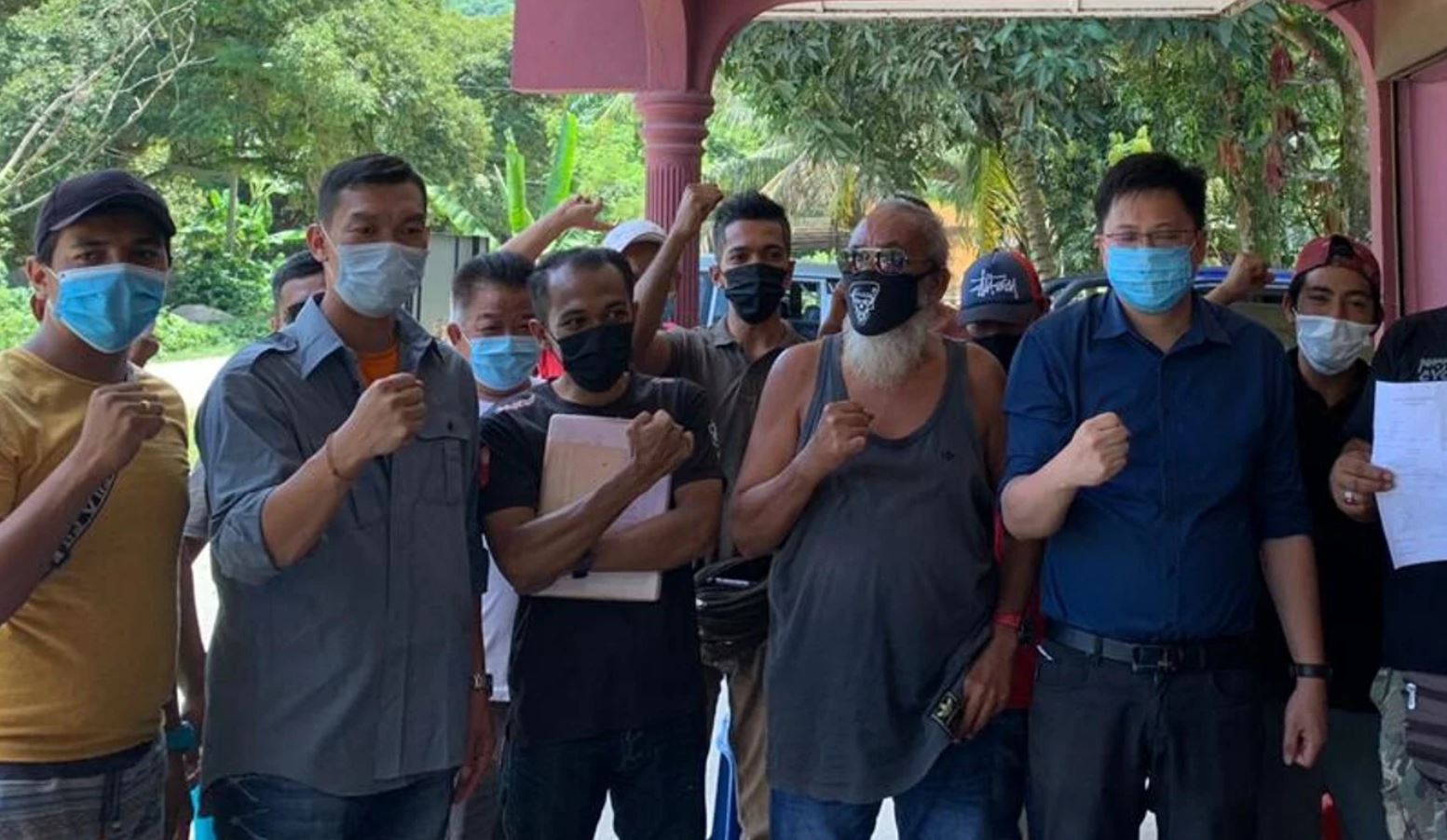 “The state government should not treat farmers like criminals by misleadingly labelling them as ‘illegal farmers’,” Samka said in a statement.

“The farmers have applied for titles or farming licences for decades in the hope that they can pay taxes to the government. Unfortunately, the farmers’ good faith was to no avail as the government had always shut the door on the farmers.”

The conglomerate has strenuously denied these claims, with local media reporting that it merely wanted to head off the interference of foreign investors.

An unnamed spokesperson for the group told local media that the farmers had encroached on some 11,000 acres of land, and that they had not followed proper procedures.

The representative also claimed that while the predetermined price set for durian appeared low, the conglomerate would also pay the same amount – 30 ringgit (S$10) per kilogram – if market prices dipped. 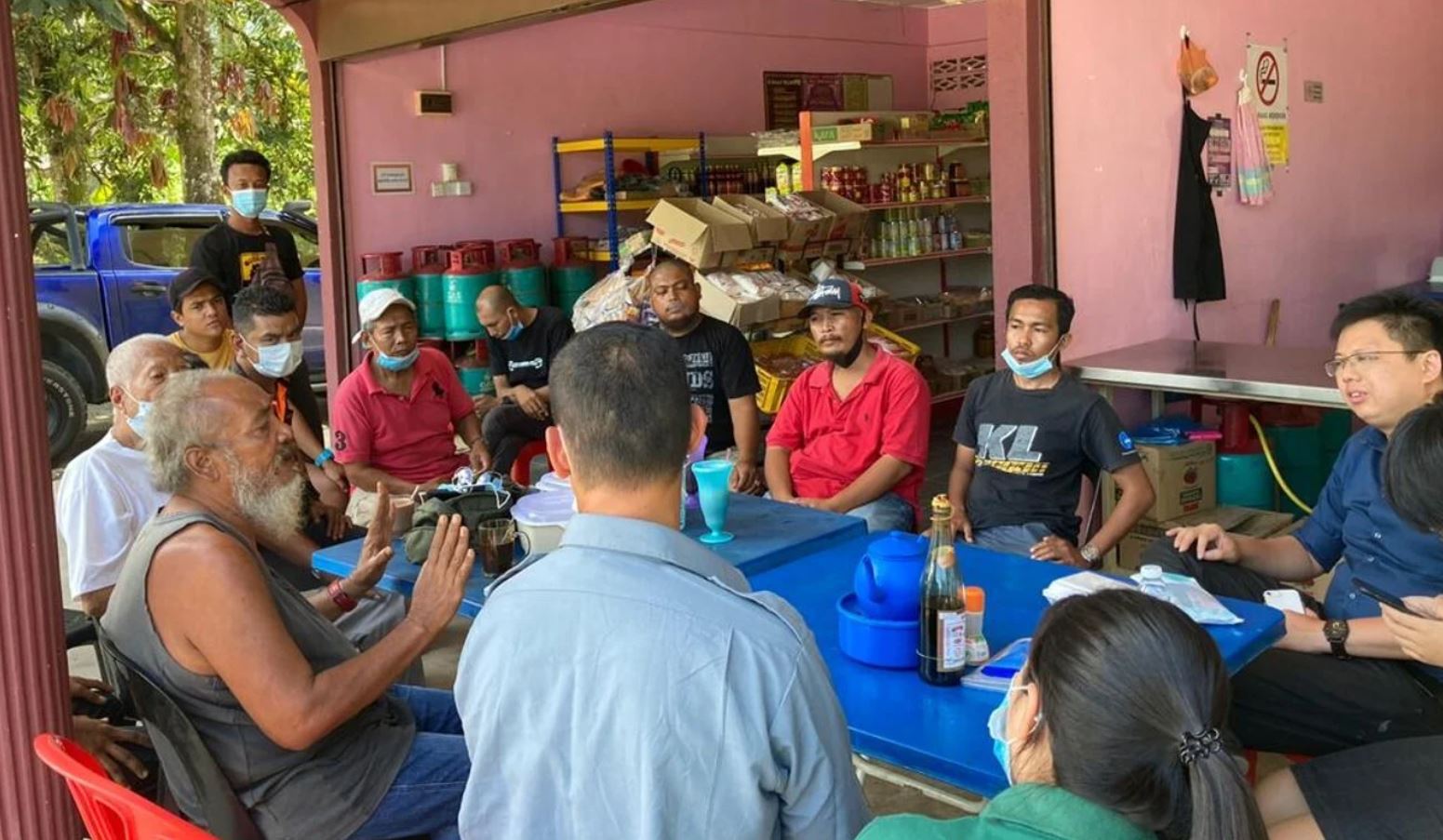 The price of the wildly popular Musang King in neighbouring Singapore hit a high this year, said Charles Phua, who manages some durian speciality shops in Singapore.

Wholesale prices reached $22 per kilogram, while retail prices went for $28 per kilogram – a price described by Phua as “quite mad”. This spike could be attributed to wholesalers hiking prices due to the nation’s coronavirus lockdown to capitalise on demand, he said.

Mao Shan Wang also has many fans in mainland China, which last year imported 30 million ringgit’s worth of the fruit. Malaysia’s agricultural authorities hope the figure will rise to 50 million ringgit this year, even with the coronavirus pandemic. Other popular destinations include Hong Kong and Macau. 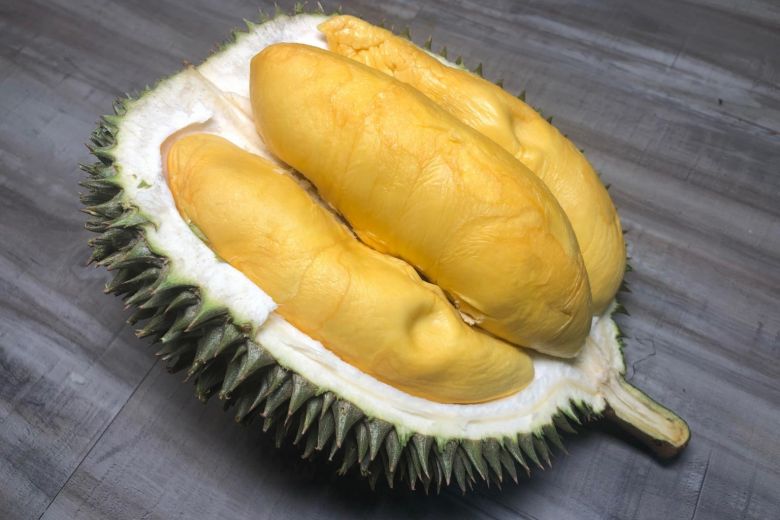 According to independent durian-industry analyst Lim Chin Kee, there was a perception in Malaysia that all durian traders were successful, when many were still waiting for their trees to mature, including those in Raub.

“There is the assumption that all the Raub farmers have planted Mao Shan Wang trees that are already bearing fruit. This is not true,” Lim said.

“Furthermore, the yield targets set by the conglomerate call for Grade A to be 2,000 kilos per acre. This is nearly impossible to achieve as many farmers still have young trees. Many have not set up proper irrigation systems.”

He pointed out that some of these “illegal” farmers had worked on the land since the 1970s, following promises by the government that once the land was cultivated, they would be given land titles.

“Now that Mao Shan Wang is a cash crop, the issue of land titles has become a big thing and they want to become involved,” Lim said. “But this may lead to the yield dropping due to uncertainty, farmers may not feel like putting in more effort. This will lead to higher prices.” 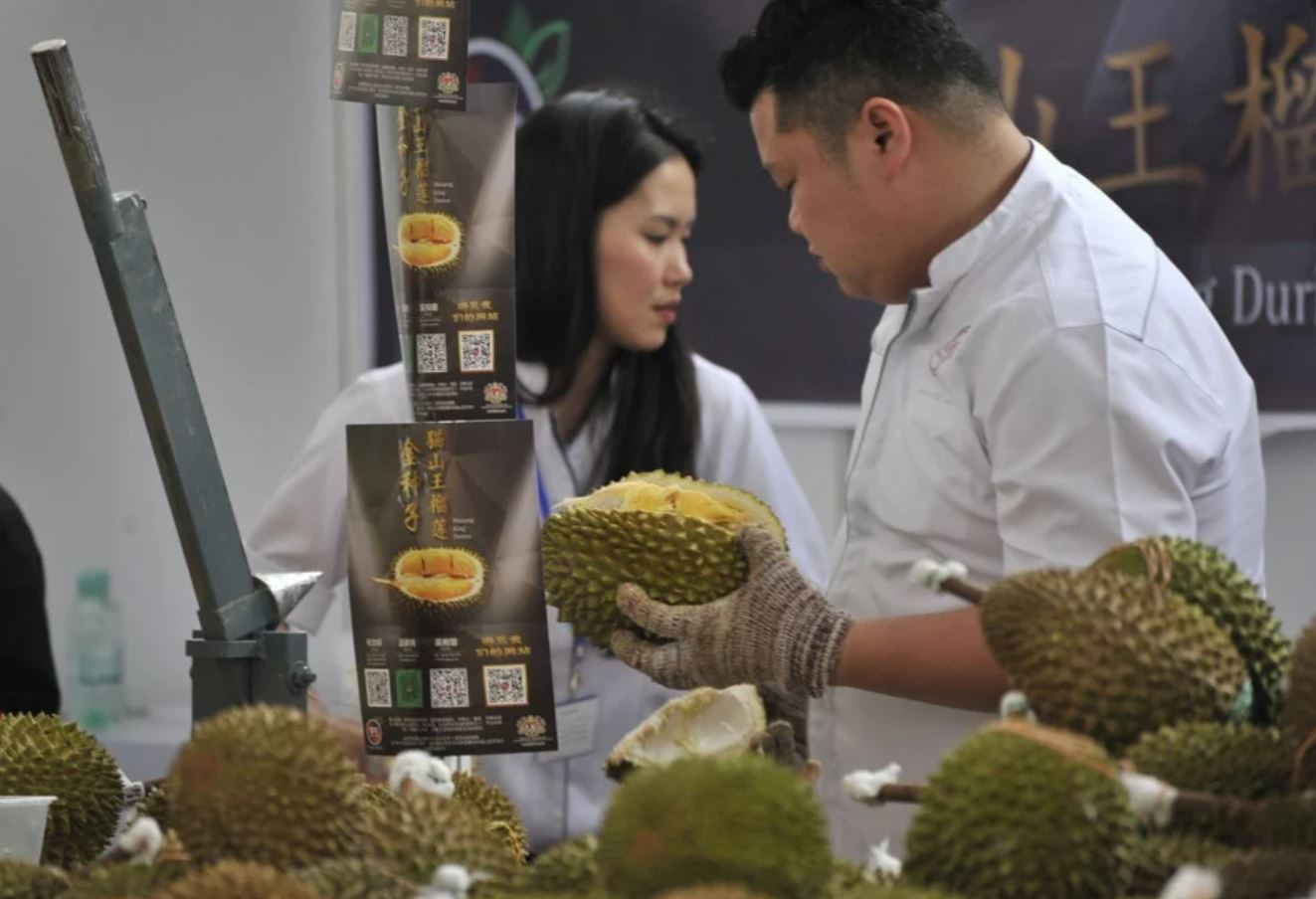 Singapore’s Phua said he did not think the Royal Pahang Durian Group’s terms to the farmers would necessarily lead to durian prices skyrocketing for foreign consumers, and “prices may be better controlled” if the deal went through.

“Currently farmers and wholesalers are making upwards of 500-600 per cent profit when they sell to Singapore. It appears as if RPDG is making them sell at a 200-300 per cent profit,” he said.

Singapore-based durian retailer Tan Zhi Wang, however, expressed concern that the conglomerate may decide to export to China, its biggest market, rather than to the city state.

“If the appointed company exports all the durians out to China, that means Singapore will be left with less durian. Exporting to China means a bigger profit margin. If demand there keeps going up, there will be less for Singapore,” said Tan, who runs Yi Liu Ji Durian.

“China is capable of paying higher prices than Singapore. Singaporeans are also less likely to travel to eat durian,” Tan said. “Hopefully this issue can be resolved fairly in Pahang in a way that allows Malaysian farmers to plant more durian trees to address demand.”

The wrangling in Raub struck a stark contrast to the Thai durian export juggernaut, said economist Khor Yu Leng, noting that Thailand had recorded almost US$1 billion in sales to China from March to June.

“Trade is just getting its footing and it would be unwise for people to try and muscle in,” she said.

The Raub farmers said while they were willing to work with the state government, they were against the “rent-seeking model devised by the private corporation to profiteer from the farmers without contributing any actual forces of production or real effort”.

Analyst Lim said a holistic approach to addressing issues of land titles, environmental concerns and crop yields was required to resolve the issue – but the contributions of Raub farmers could not be overlooked.

“We don’t deny it is untitled land and that the farmers don’t have money to buy it,” he said. “But these are the same farmers who made Mao Shan Wang famous.”

Lim suggested that instead of the conglomerate taking control, the government could instead help farmers and grow the industry by leasing the land, allowing for job growth and encouraging eco-tourism, as well as collecting taxes from farmers.

“Don’t kill the goose that lays the golden eggs,” he said. “Durian will be an industry that will put Malaysia on the map.”