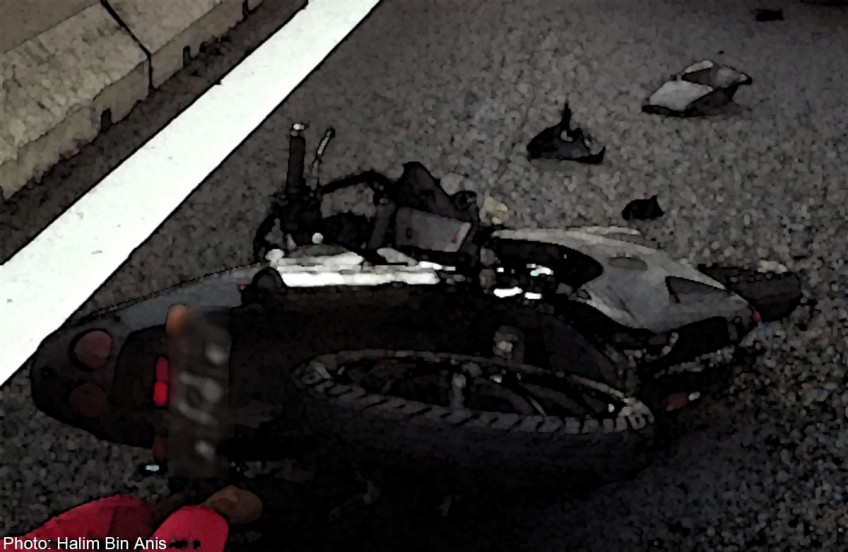 KUALA LUMPUR - An off-duty policeman who was on his way home to Lurah Bilut, Bentong after attending a feast was killed in an accident along the Karak Highway.

Kpl Mohd Sahkirul Sulaiman, 29, died after he was flung from his motorcycle into the middle lane when he rammed a pedestrian. He was later hit by an oncoming car and was dragged for about 50m.

In the 7.30am incident at KM52.2 yesterday, Kpl Mohd Sahkirul knocked down Zahari Azmi as he was walking along the emergency lane. Zahari sustained cuts to his chin and right leg.

Kpl Mohd Sahkirul, a father of two young children, died on the spot. He was later buried in Bagan Serai, Perak.

Bentong OCPD Supt Supt Mansor Mohd Nor said the visibility at the time of the accident was poor as it was very misty and there were no street lights.