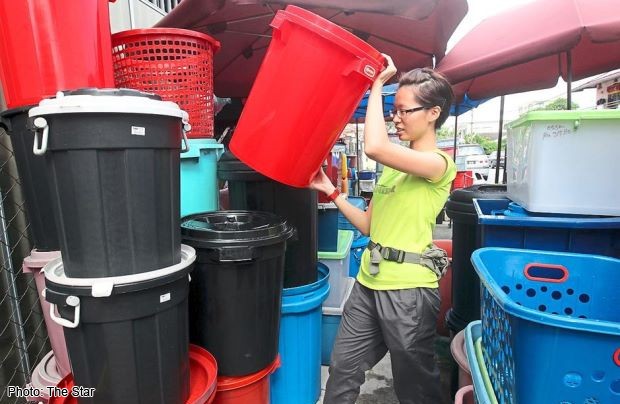 Never again: The nightmare of last year’s water disruptions is still fresh in the minds of many Klang Valley residents.

PETALING JAYA - Oh no, not again! Please just end the political games and make sure water continues to flow from our taps.

That was the general sentiment as many people expressed dismay at the decision by Selangor Mentri Besar Azmin Ali to scrap the plan to restructure the water industry.

Some also cited fears that the move would result in another water crisis in the state.

On Facebook, many posted that they felt like pawns being sacrificed in an arrogant, selfish and irresponsible political gambit.

Napsiah Wan Salleh criticised Azmin for choosing to score political points instead of being a problem solver for the people.

Vinod Sharma advised the Mentri Besar to put public interest ahead of politics.

Malik Ayob agreed, hoping that Azmin would be able to prevent taps from running dry in Selangor.

"Some things are so basic and important, they should be above politics," he posted.

Fairus Zana questioned the accuracy of the phrase Selangor Maju (Advanced Selangor) and recounted how some apartment dwellers had to stick buckets on poles out windows to collect rainwater during the water crisis last year.

The nightmare of those disruptions is still fresh in the minds of Klang Valley residents.

Khairudin Rahim, from Taman Tun Dr Ismail, said the collapse of the deal was disappointing and an indication that those in power had lost touch with the interests of the people.

"They need to put themselves in the shoes of the common man. Due to both parties posturing, the people are going to suffer again," the 58-year-old told The Star.

R. Rajasoorian, 77, said he did not understand why the deal was allowed to lapse.

"They need to sit down and get this sorted out quickly because everyone still remembers the hardship we went through last year.

"Women and children, especially the poor who live in apartments with no lifts, had to carry buckets of water everyday," he said.

Though much fewer in number, there were some who supported the move.

Nazliza Durman was convinced that Azmin knew what he was doing. "Chill la you all! #SayaSayangSelangor," she tweeted.

Muhamad Shahridzad called it a "lesson" for the Federal Government to learn to abide by its agreements.