Ex-employees pour scorn on 'psychologist' and his iffy credentials

PETALING JAYA - Former employees of a so-called "psychologist" spoke of his iffy credentials, unscrupulous practice of overcharging his patients and sexual advances.

One of them, who only wanted to be known as Annabelle, noticed that her boss had been charging his patients RM600 per hour for his services while under guidelines by the Malaysian Society of Clinical Psychology, the usual private psychological consultation fees should only be between RM150 and RM450 per hour.

Annabelle also realised that vitamins he "prescribed" for his clients would be bought in bulk from pharmacies and later given at a mark-up rate of 1,000 per cent.

"When I questioned him about it, he only gave excuses," she said.

She also said he would make sexual advances towards her and other female staff members, telling them to be more "sexually open-minded".

Anita (not her real name), who worked with the same fake psychologist, said his credentials were made up of certificates that he would earn from short courses.

"He is definitely not certified - he has so many certificates showcased in his office but we all know that these are certificates you can get by going to, say, a one-day workshop," she said during the interview.

The fake psychologist, said Anita, used "tests" he created on his own, instead of valid assessment tools used by legitimate clinical psychologists and counsellors.

She said he would also pressure clients to take up packages that would run up to thousands of ringgit for a few sessions, regardless of the clients' mental health issues.

"He once billed a patient RM17,000 for the sessions and 'supplements'," she added. 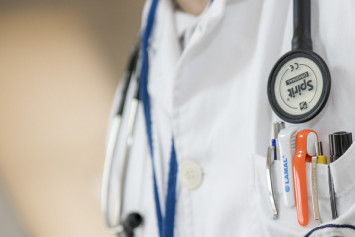 Confirming Annabelle's claim, she said he also sexually harassed her by continuously pressuring her to have meals or to go for music shows or movies with him.

"He would do this to his female employees and interns and even got very upset if you rejected him.

"On top of that, he'd even give you more work and act very cold towards you because of the rejection," she said.

Once she was asked to stay back alone in the office after working hours with the excuse of assisting him with a client.

"I said no ... and I was crying. He threatened to give me a warning letter (for misconduct at work) but I still went home.

"The so-called client never turned up, so I wasn't even sure whether he was due to see a client that evening," she said.

Many of his employees, she added, were cowed by his threats and did not report him.

Anita lasted less than five months working in the clinic.