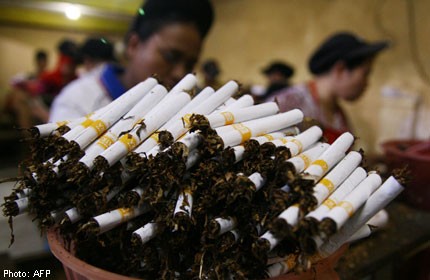 PETALING JAYA - Tobacco should be excluded from the Trans-Pacific Partnership Agreement (TPPA) in order to protect the health of Malaysians, said the Malaysian Medical Association (MMA).

According to MMA president Datuk Dr N.K.S. Tharmaseelan, the overall objective of the TPPA was to increase and facilitate free trade of goods and services, but it should not apply to tobacco.

"Tobacco is the only product that kills half its users prematurely, causes numerous diseases and reduces productivity.

"There is simply no justification for tobacco to enjoy the privileges of free trade," he said in a statement.

Dr Tharmaseelan said tobacco should be completely "carved out" of the TPPA to uphold the Government's sovereign right to protect the health of its citizens.

It was reported that the International Trade and Industry Ministry would hold more briefings to address public concerns about TPPA.

"MMA is not against the TPPA as a whole, but we seek assurances that all sides will benefit without one gaining unfair advantage over the others," Dr Tharmaseelan said, while urging the Government to seek the consensus of all Malaysians before signing the agreement.