Fake degrees: have Malaysia's politicians not learnt their lesson?

Allegations that politicians from Malaysia's ruling Pakatan Harapan coalition faked their university degrees have raged on social media in recent days, forcing the administration to confront questions about its integrity and accountability.

At least six politicians have come under fire so far for not possessing the academic credentials previously attributed to them.

It all began with Deputy Foreign Minister Marzuki Yahya, after it was revealed that his business degree was not obtained from Cambridge University, as previously thought, but instead from an unaccredited and unaffiliated organisation based in the United States called Cambridge International University - believed to be a diploma mill of the sort that provides illegitimate academic qualifications for a fee.

Others embroiled in the scandal include Housing and Local Government Minister Zuraida Kamaruddin and the chief minister of a Malaysian state. All have denied purposely trying to hoodwink voters.

The furore has embarrassed the current administration, which came to power in May after toppling the Barisan Nasional coalition that had ruled for almost six decades. Led by elder statesman Mahathir Mohamad, Pakatan Harapan won on an anti-corruption platform and zealously set about "cleaning up" the civil service by retiring or charging government officials accused of being corrupt. 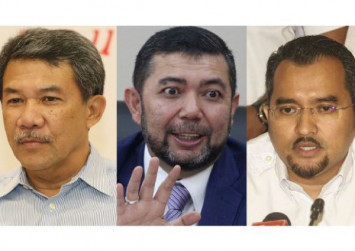 James Chin, a Malaysian political scientist and director of the University of Tasmania's Asia Institute, said the "real problem" exposed by the scandal was how accepting the Malaysian public was of "bad behaviour from politicians".

"In more advanced countries, politicians would resign [over] sex or financial scandals, or fake degrees, but not in Malaysia," he said, adding that rural voters - a key part of Pakatan Harapan's base - are unlikely to consider the matter to be important.

"At the end of the day, it boils down to political culture. Our political culture accepts this, more or less, so unless you can combine fake degrees with another scandal, there's no need to resign."

Before news of the scandal broke, Marzuki's Wikipedia page had said that he held a bachelor's degree in business administration from Cambridge University, but on February 5 it was edited by an anonymous user to reflect the updated version of events.

Local media swiftly zeroed in on this perceived chink in Pakatan Harapan anti-corruption and pro-integrity platform, with The Star newspaper revealing that the website for Cambridge International University listed non-functioning email addresses and used photos gleaned from Eastern European dating sites to populate its "faculty" page, with watermarks intact.

Marzuki has insisted that he studied for his degree from the American institution via distance learning and says he has no idea who edited his Wikipedia page.

MP Mahfuz Omar of the National Trust Party, which is in the ruling coalition, has similarly been accused of "graduating" from a known diploma mill, although he later rubbished claims that he holds a degree from the now-defunct Belford University.

Housing minister Zuraida, meanwhile, denied lying about her education history after an infographic released by Malaysian government news agency Bernama listed her as a graduate of the National University of Singapore.

Her name could not be found on the university's online degree verification portal, and she said she had never claimed to attend the institution, adding that no one verified her qualifications with her before publication.

At least three other elected Pakatan Harapan representatives have had to grapple with accusations of fake qualifications, including the chief minister of Johor state and an executive councillor from the state of Perak.

Public perceptions of the coalition took a further hit recently when it was revealed that Mahathir's own Malaysian United Indigenous Party (Bersatu) had accepted party-hopping politicians from the opposition United Malays National Organisation (Umno), despite criticising their ethics and conduct before last year's elections.

This move has been widely seen as a way to consolidate power within Bersatu's parliamentary bloc, even if it has also seen the party mockingly referred to as "Umno 2.0" for its acceptance of defectors.

Civil society members and activists have criticised the government for a perceived lack of transparency when dealing with the education scandal.

Cynthia Gabriel, of the Centre to Combat Corruption and Cronyism, said nothing less than the coalition's political integrity was at stake.

"This is about lying, deception, and misrepresentation. We cannot afford any of this in Pakatan Harapan," she said.

Senior academic and political commentator Tajuddin Rasdi said if there was proof the politicians in question had purposely lied, the government had to take action. Syahredzan Johan, a lawyer and political secretary to Pakatan Harapan elder statesman Lim Kit Siang, echoed this stance.

"I believe a lot of people out there do not really care whether a politician is a university graduate or otherwise. But a lot of people place importance on integrity. So, when a politician claims [to have] a certain academic qualification, or obtains one from a 'degree mill', then it brings into question his integrity. Especially if that person holds executive office. It then follows that a person whose integrity is now in question should do the right thing and offer his resignation," he said.

Although there have been calls for Marzuki's resignation following the scandal, he still enjoys support within the ruling coalition, with one official telling local media that while a dubious degree may be "a stigma", at least the deputy foreign minister did not "rape or steal". Mahathir, the prime minister, has also said he accepts Marzuki's explanation and does not intend to take any action - leaving it unclear what punishment, if any, Malaysian politicians face for misrepresenting themselves.

According to the Election Commission of Malaysia, there is no minimum academic requirement stipulated in the constitution to run for office.

Its chairman, Azhar Harun, said that to contest an election, citizens need only be 21 or older, not be bankrupt and not have been sentenced to a prison sentence of one year or greater, or a fine of 2,000 ringgit (US$490) or more.

"No other requirement needs to be met, and as long as these are met the commission has to accept their nomination. We can't impose any requirement other than those because that would be unconstitutional," he said.

Educational misrepresentation is not unique to Pakatan Harapan. During its time in opposition, the now-ruling coalition called out several Barisan Nasional leaders for having dubious qualifications.

Deputy International Trade and Industry Minister Ong Kian Ming, who has a PhD from Duke University in the US, said on Twitter that while it was acceptable to not have a degree, what was not acceptable was to "claim that you have a degree when you don't have one or the one that you have is from a degree mill".

Ong had previously exposed two cabinet members as having questionable degrees while in opposition.

Khairy Jamaluddin, a graduate of Oxford University who served as youth and sports minister in the previous administration, appeared to share Ong's sentiments.

"The issue has always only been about misrepresenting your qualifications. I agree having a degree isn't the be all and end all to success but let's not go overboard and knock people who worked hard for their qualifications," he said on Twitter. 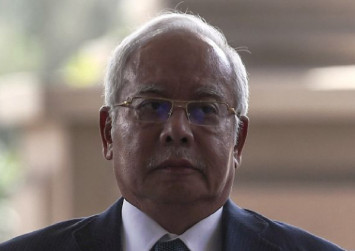 Meanwhile, former prime minister Najib Razak, who is facing more than 40 charges of corruption related to his time in power, changed his profile picture on Facebook to one of him in his graduation cap and gown in 1974, in a pointed swipe at his political rivals.

As the average Malaysian grapples with the cost of living and a struggling economy, bickering across the political divide about fake degrees only serves to underscore the new government's fragility. Awang Azman Awang Pawi, a political analyst at the University of Malaya, said the debate was not just academic.

"It is a question of integrity, honesty," said Awang, pointing to the lacklustre turnout at rallies for an ongoing Malaysian by-election as evidence of the effect on public confidence.

"If there are high government officials acting like this in their bid to win over the public, it is certainly considered gaslighting. It lowers public faith in the concept of leading by example, and so has wider implications," he said.