Fake dentist unrepentant despite being jailed 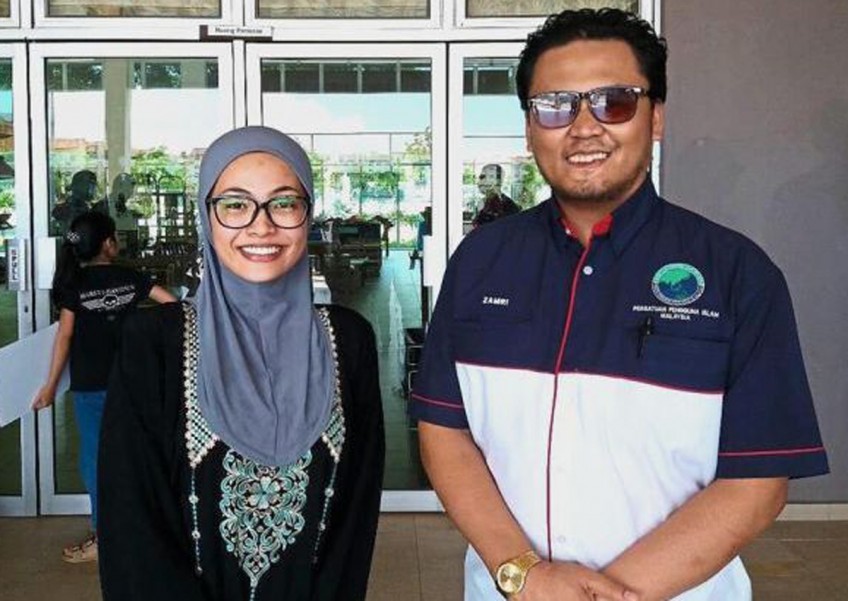 PETALING JAYA - The woman who was caught out as a fake dentist remains unrepentant and is, in fact, derisive about the people who complained about her, saying they had actually brought her fame.

The woman, who is said to have a host of jobs, including as a part-time waitress at a restaurant, as a crew member of an outdoor catering agency and even as a perfume seller along Sungai Melaka, is a student of a vocational institute in Melaka.

Going by the handle of "Naraswaraa" on Instagram, Nur Farahanis Ezatty Adli, 20, has close to 12,000 followers who check in regularly for updates on the "dental" services she offered.

In one of her Instagram posts, Nur Farahanis thanked the Health Ministry for supporting her through her ordeal and claimed her business was approved by the minis-try.

"Thank you to everyone who always supported me, those who tried to bring me down, and made false reports.

"Now, everything is approved and the authority has been given to only me in Malaysia," she wrote in the caption accompanying a 45-second video.

In the caption, she expressed her gratitude to Deputy Health Minister Datuk Seri Dr Hilmi Yahaya and his private secretary Aziaan Ariffin.

"Thank you to those involved and also thank you to those who tried to bring me down for making me better known, richer and more successful," she said in the video which was posted on the private Instagram.

Dr Hilmi has since denied that he or anyone from his ministry had given their support to the woman, who is from Alor Setar in Kedah.

On Thursday, Nur Farahanis was released from Sungai Udang prison in Melaka after serving only six days of her six-month jail term for failing to pay a court fine of RM70,000 (S$22,549).

She was fined by the Sessions Court in Melaka on Sept 29 for running a private dental clinic which was not registered, under Section 27 of the Private Healthcare Facilities and Services Act 1998.

"She said thank you to those who brought her down. We are not bringing you down, we're trying to save the community from being cheated," wrote Facebook user Zaim Abdul Aziz, who reposted Nur Farahanis' video.

"This Farahanis is so arrogant. Hope she repents. Your name is now known in our world," wrote another user Nadia Mohd Sahar.

Nur Farahanis Ezatty Adli is not the first person to be found providing medical services without a licence.

In Sept 2016, Nurul Nadzirah Mohd Saidi, 21, was fined RM25,000 after pleading guilty to the offence of offering such services at a hotel room in Kuala Terengganu. She had admitted to learning to fit the dental brace by watching YouTube videos.

On May 23, 19-year-old Syidatul Hizlin Abd Hamid was fined RM40,000 in default of a year's jail under the Private Healthcare Facilities and Services Act by a Sessions Court for providing unlicensed dental brace-fitting services at a homestay in Kuala Terengganu.

On March 30, Indonesian Surya Elvi Wijaya Nasution, 22, was charged at a Sessions Court in Johor Baru for operating an unregistered dental clinic. She pleaded guilty and was fined RM300,000.

On Jan 24, Mohd Irwan Mohd Sudi, 25, was fined RM40,000 for offering to fit dental braces without approval for a man in Taman Indera Sempurna, Kuantan.

In September 2016, some illegal immigrants were nabbed offering orthodontist services from a block of flats in Jalan Pantai Peringgit in Melaka, near the state capital's transportation hub in Melaka Sentral.