PETALING JAYA - The family of Stephen Warde is offering a RM20,560 (S$6,600) reward for any information that would lead directly to finding the missing Irishman.

Warde, 32, entered Malaysia as a tourist on Nov 15 last year.

He also said that Stephen last checked his WhatsApp messaging app at 1.30am on Jan 2.

"The key for us right now is to find out what happened between Dec 29 and Jan 2.

"However we appreciate it as well if anyone can volunteer more recent information as well," he said. 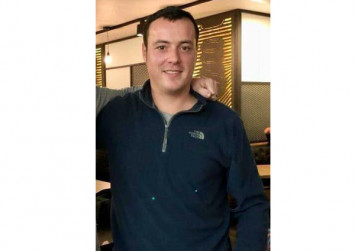 He was last seen wearing a blue and purple T-shirt, khaki shorts and black sneakers.

He added that Stephen, who works in the e-commerce industry, had been to Malaysia at least once before.

Donal said he, his mother Mary Morrissey and his other three siblings have flown into Kuala Lumpur to handle the matter.

He urged anyone with information to contact the Dang Wangi police headquarters at 03-2600 2222 or visit the nearest police station.