Fight breaks out over goodie bags at Malaysia charity event 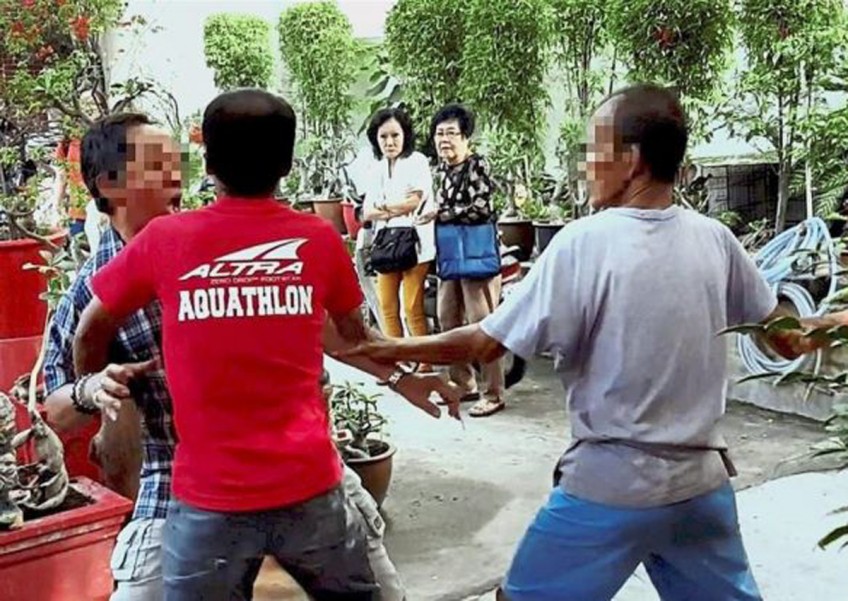 When sparks fly: A man (red shirt) tries to calm two ﻿who were throwing punches at each other at the ﻿event.
The Star/Asia News Network

A charity event turned ugly when people started fighting over goodie bags at the venue, in front of the Goddess of Mercy Temple in George Town, China Press reported.

The commotion started when some elderly and underprivileged people, including several homeless folk, started pushing and shoving each other as they struggled to get the bags on Wednesday morning.

Two of them then threw punches at each other but several people in the queue managed to calm them down.

The event, organised by Angels Group, then went on without further incident; 300 goodie bags were handed out to the crowd.

But RM5 angpow packets, which were also supposed to be given out to the people, were held back due to the altercation earlier.

A spokesman for the organiser, Lin Li Hong, said it holds the event on the first and 15th day of each month according to the Chinese lunar calendar.