Firemen called in to take 180kg man to hospital 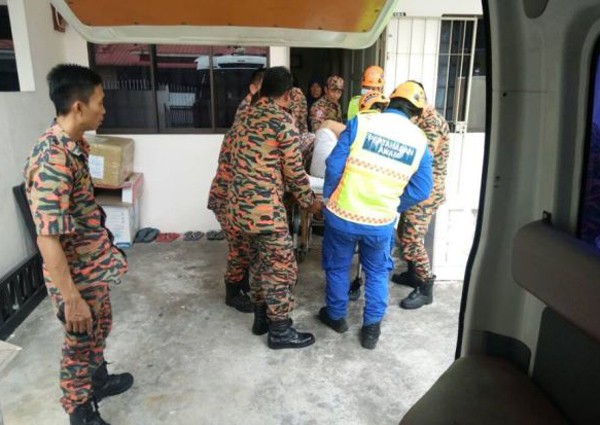 MIRI - Firemen had to be called in when an obese man had to be sent to the hospital after he complained of breathing difficulties.

The task of getting the man, who weighs 180kg, from his bed to the hospital had to be carried out by 11 men comprising personnel from the Civil Defence and Fire and Rescue Department.

It took them over an hour from 2pm to transfer the man from his house in a residential estate in Kuala Baram, about 20km from here, to the hospital ward.

For reasons of health confidentiality, the personal details of the man could not be disclosed.

He said an emergency call was received at about 2pm from the man who asked for help.

"The man called from his house and said he needed urgent help as he could not breathe properly and was feeling weak.

"We sent three men to his house and gave him immediate aid but we could not carry him into the ambulance as he was too heavy. He weighed about 180kg.

"We called Bomba Miri for help and they sent a team to the house and helped carry the man," he said.

Three men from the Civil Defence and eight from Bomba Miri managed to carry the man out of the house into an ambulance and to the hospital.

In November last year, a 250kg man in Sibu town also needed the help of firemen and a lorry to transport him to hospital.