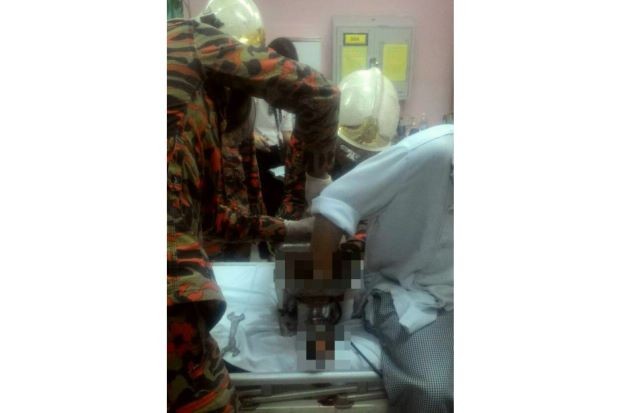 MIRI - A kitchen helper at a hotel here was involved in a horrific accident when his hand was caught in a meat grinder.

The incident happened at about 11pm Monday night as kitchen staff were preparing food for the following day.

Firemen from the Miri Fire and Rescue Department were called in free the victim's hand.

Miri fire chief Supt Law Poh Kiong said firemen had to disassemble the grinding machine to free the man's hand and rushed him to the Miri Hospital once he was free.

The man remained conscious throughout the ordeal but was in considerable pain, he said.