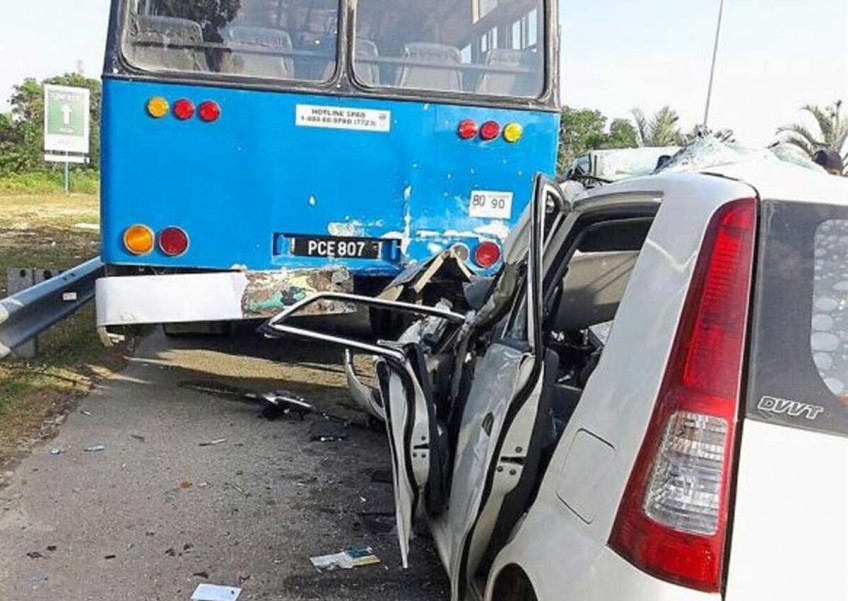 The front part ﻿of the ﻿car was mangled after it crashed into the back of the bus﻿.
The Star/Asia News Network

SEPANG: Five people, including an infant, escaped death when the car they were in rammed into the back of a bus.

The factory bus was heading to Dengkil and had stopped in the emergency lane along Jalan Cyberjaya to drop off passengers when it was hit at about 5.15pm on Friday.

The car driver, Muhammad Izwan Mohamad Bakir, 26, was pinned in the wreckage and suffered a broken hip.

Others in the car, Nazilah Ahmad Sadikin, 25, Muhammad Khairil Fahmier, 20, Amat Sadikin Ponidin, 66, and infant Muhammad Aqil Zafran, were injured on their faces.

The bus driver and passengers were unhurt.

Police said the case was being investigated as careless driving.