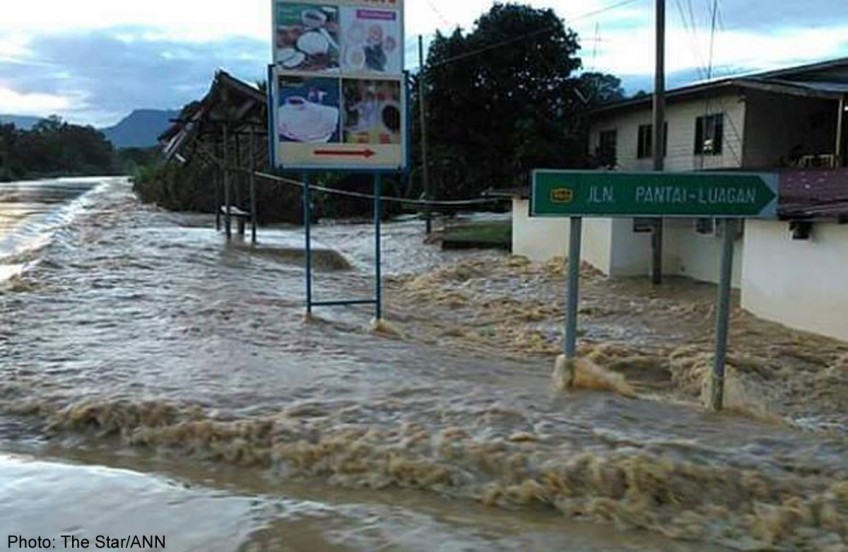 Incessant heavy rains in the area since Friday caused water to overflow from the riverbanks since 4am, said Sipitang police chief Deputy Supt Mustafa Osma.

He said several hundred people from six villages were affected by the floods, which subsided several hours later.

Mustafa said most areas were inundated under about about 0.75m of water. The flood also temporarily cut off road links along the Beaufort - Sindumin trunk road.

Mustafa said there were no evacuations from the flood hit villages.

The 810 evacuees however remained at the Kota Belud community centre for now.