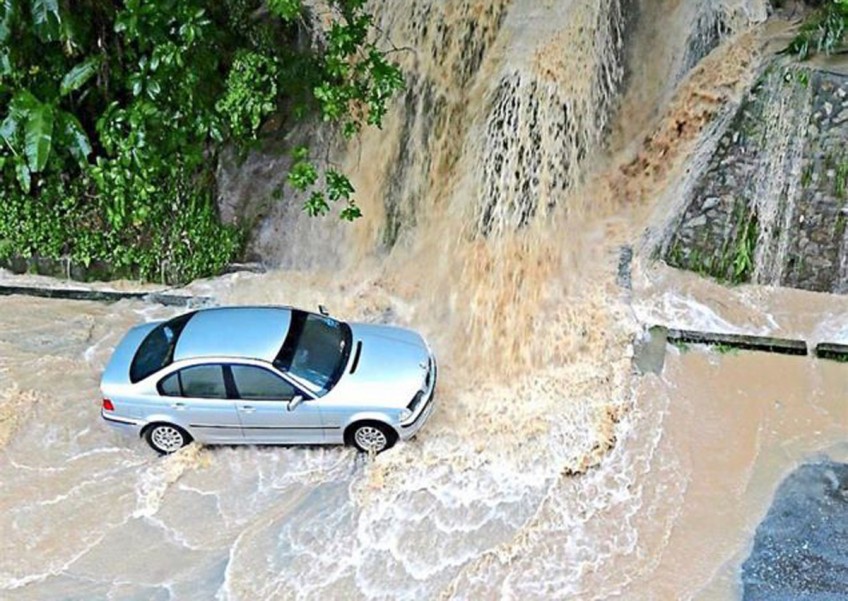 However, the worst-hit areas were away from the town centre, with a deluge of mud and sand hitting Jalan Paya Terubong heading towards Balik Pulau.

There was also a bumper-to-bumper crawl after an uprooted tree blocked a good part of the road.

Traffic police were deployed to the scene to control the traffic flow until the tree was removed.

Resident Y.S. Chai, 42, who lives in a terrace house in Jalan Paya Terubong, said the flash flood was one of the worst that had ever occurred as it washed mud and soil down to the road and into the house compounds.

She said the heavy rain lasted for only about 30 minutes but muddy waters rose very quickly and rushed onto the front porch of her house.

"I have never encountered a flood this bad before. It took us around three hours to clean everything up," she said.

Further down the road, a gloomy Pon Kah Tong sprayed water from a hose to clear the mud that had accumulated in his car service workshop.

Paya Terubong is an area that has seen rapid development in recent years.

The floods subsided before noon.